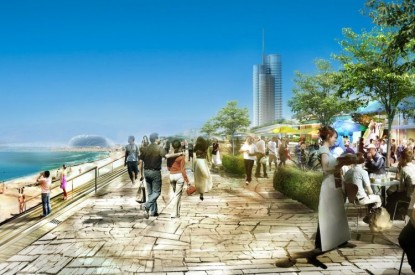 The winner of the tender of the Hellinikon casino, to be built at the former Hellenikon airport close to the Greek capital, will be announced in two months’ time, according to Greek Development & Investments Minister Adonis Georgiadis.

The final joint ministerial decision concerning construction and urban planning issues for the project has now been approved. The casino will house 120 gaming tables and 1,200 slots.

Mr. Georgiadis said: “We are aware that we need new jobs, as well as investments. Hellinikon will represent the Greece we want to create, a Greece that produces wealth. Investments of this kind, implemented with respect to the environment and local communities will change the country.”

Two groups submitted bids on October 4 with US-based Mohegan Gaming & Entertainment (MGE) and Hard Rock International both teaming up with Greek companies for the licence to develop and operate Europe’s first Integrated Resort Casino-IRC for a period of 30 years expired.

Both said they would be investing a total of €1bn in the project if they win the tender, being carried out by Greece’s Gaming Commission (EEEP).

John Eder, Executive Vice President & Chief Financial Officer of Hard Rock International, said: “Today is a great day for Greece and Hard Rock International is very proud to submit its bid for the integrated resort and casino in Greece. We have been offering our services to the Greeks for three decades and look forward to making this, already strong, bond even stronger for many more years.”

Chairman and CEO of Hard Rock International, Jim Allen added:”We have always believed Athens to be one of the world’s great gateway cities and Hard Rock International envisions creating a must see destination that will help draw from the over 120m annual guests across 74 countries, driving year-round tourism and being an economic driver for Greece. This marks another step in the Company’s efforts to expand our world-class brand of entertainment and hospitality to Europe.”

Mario Kontomercos, Chief Executive Officer for Mohegan Gaming & Entertainment, said: “We strongly believe that GEK TERNA’s reliability, effectiveness and deep knowledge of the Greek market will help us fulfil our vision for the Hellinikon area, for Athens and Greece as a whole. Our objective is to implement at Hellinikon a sizeable investment, through our vast experience in global developments, that will be a game changer for the local and national tourism industry. The project will create thousands of workplaces while it will offer multiple benefits to the Greek economy.”

George Peristeris, Chairman and Chief Executive Officer for GEK TERNA Group, added: “Our strategic partnership with Mohegan Gaming Entertainment Group constitutes an important development for our Group, as it gives us the opportunity to cooperate with a leading international firm in the entertainment and gaming industry, in order to materialize the emblematic, for the people of Greece, Hellinikon project. This partnership is fully incorporated into GEK TERNA’s planning for further development in the field of concessions, in which we systematically invest.”

The overall project is being led by Lamda Development plans to turn the disused Hellenikon airport in Greece’s capital into a complex of luxury residences, hotels, a yachting marina and a casino. 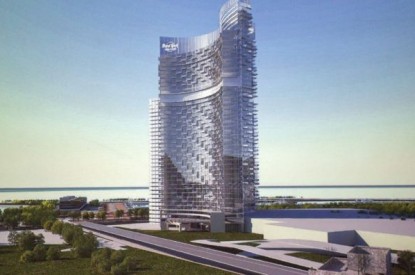 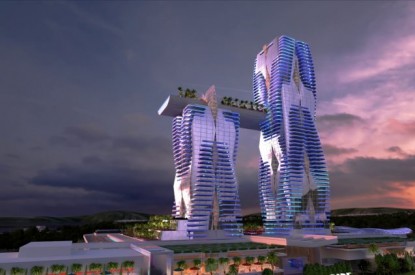