Danish online gaming supplier Magnet Gaming has been granted a UK licence Commission, allowing it to sell to UK operators for the first time.

Head of game licensing Thomas Nielsen said: “The UK market is one of the biggest and longest-established anywhere in the world,” Nielsen said. “As a result, its regulatory standards are extremely high and we are very proud to have been trusted with a licence.

“We believe this will be a significant stepping stone for us as we’re confident our games will appeal to a new generation of British slots players and their excellent retention rates will have an impact on the revenue streams of UK-facing operators.”

Mads Peter Veiby, CEO of Magnet: “Making our debut at ICE last year was exciting and daunting at the same time. I think people were impressed by the way we had been able to bridge the gap between our background in social and real money gaming, adapting many of the features of the former with great success for the latter. They were also impressed with the depth of game play in our slots. The buzz word is ‘immersive’, of course, but we prefer ‘entertaining’. That’s because there’s no compulsion for players of our games to be hardened slot heads. Anyone can enjoy them, which opens up new user groups who might not consider themselves to be gamblers.”
The challenge for a game supplier of Magnet’s size, however, is access to market.

“The stats tell us players like our games and that their retention rates are way above industry norms,” Mr. Veiby added. “ But we still have to get them in front of those players – and that’s not easy when those aforementioned bigger suppliers have more muscle than you. The solution is to partner with good aggregators and we are very close to announcing deals with two of the biggest and best. They will provide us with access to some of the most sizeable operators at a stroke and we’re very excited about that.

“We’re also very keen to speak to operators about direct integrations too. More and more are keen to have original content that isn’t available everywhere else and I think that is good news for boutique providers like ourselves. We are also seeing new markets opening all the time, with dot country opportunities presenting themselves. Mobile is only going to get bigger in 2016 and we are very well-provisioned on the front.” 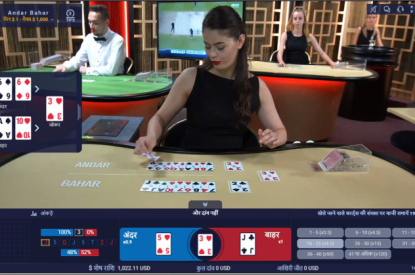