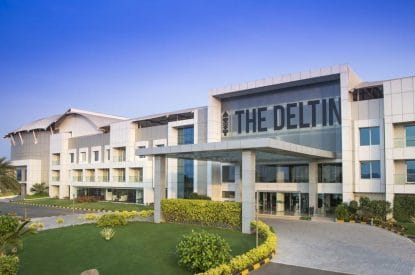 In a regulatory filing to the stock exchange, it revealed that its subsidiary; Daman Hospitality Private Limited has filed a writ petition in the Bombay High Court seeking a ‘direction from the court to the union territory administration to grant a casino license to the company under Section 13A of the Goa, Daman and Diu Public Gambling Act, 1976 (as applicable to the union territory of Daman and Diu).’

In 2014, Delta Corp’s subsidiary began building a five-star resort named ‘The Deltin’ in Daman with the plan to launch slot machines there. However, the company has not yet received any license or regulatory approval from the union territory administration for the past four and a half years. It now wants the High Court to resolve the matter.
Delta Corp operates two offshore casinos, including Deltin Royale and Deltin Jaqk in Goa; and a live gaming casino in Sikkim, which offer various games, such as roulette, blackjack, craps or dice, baccarat, pontoon, 5-card draw poker, and 3-card poker, as well as mang patta and slots. It also owns The Deltin, a 176 room five star hotel in Daman; Deltin Suites, a 106 room all-suite hotel in north Goa; Villa Marina, a riverside country house in Goa; and Deltin Palms, a 27 room boutique hotel in Goa.