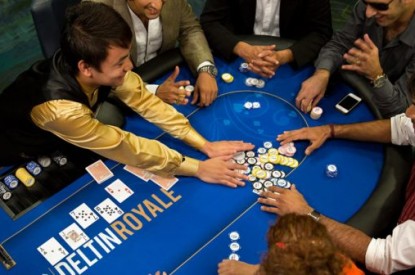 Delta Corp, India’s leading casino operator, has been given the green light to build and operate an integrated casino resort in Goa from the local tourism authority.

The resort, which will only be allowed an electronic casino, will include hotels, shopping, a convention center, cinemas and a water park in Pernem, in the north of Goa.

Dilip Vaidya, Company Secretary and GM Secretarial, said: “The company has received an in Investment Promotion and Facilitation Board for setting up of an integrated resort consisting of hotels, convention centre, multiplex cinema, retail facilities at Pernem, Goa. The integrated resort is expected to be one of its kind in the country. The project is expected to boost tourism, employment and infrastructure of the state of Goa.”

Delta Corp owns three land-based casinos in Goa and Sikkim along with three cruise ship casinos on Goa’s Mandovi River. It also operates a casino at the Marriott Hotel in Kathmandu, Nepal.