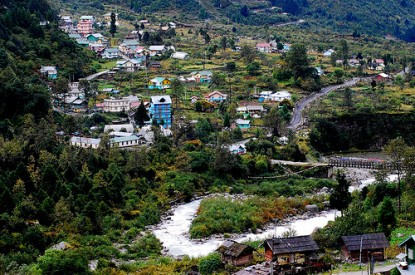 Sikkim, arguably one of the loveliest destinations in India, is a small state in northwest of the country, bordered by Bhutan, Tibet and Nepal – it is also expected to set up betting shops across the state in the very near future. The move will allow players to place bets on major international sporting events from within the state, a unprecedented move in a country that bans most forms of sports-betting and is in the grips of multiple match-fixing scandals.

In August, the Sikkim Legislative Assembly passed the Sikkim Online Gaming (Regulation) Amendment Bill, 2015, allowing for the establishments of India’s first legal betting shops in the state. The move comes at a time when match-fixing in cricket tournaments are seldom out of the news in India. However, industry insiders who support legalising betting hail this as a step in the right direction.

The bill, which is expected to be ratified soon, will allow private companies to ‘open centres for betting purposes.’ The activities will be conducted via the intranet (a private network). India has so far only allowed betting on horse racing, lotteries conducted by state governments and casinos in Goa, Sikkim and Daman and Diu.

For Sikkim, with a population of a little over 600,000, betting is another way to attract tourists and earn revenue. In 2009, Sikkim became the first state to offer land-based casinos in India. In Goa, casinos are offshore-only and pay over Rs100crore in taxes to the government. Sikkim currently has two operational casinos in five-star hotels.

“It is a big move for us. When horse racing is legal in our country, we can think of legalising betting in other forms of sports too. Also, we are hoping that we will be able to attract domestic tourists with this initiative,” said Tourism and Civil Aviation Minister Ugen T. Gyatso.

So far, the state has issued licences to three companies as Sikkim gears up for a surge in tourism. The number of tourists went up from 4-5,000 to 12,000 per year with the opening of the state’s casinos. With this new law, Sikkim hopes to double those figures, though real aim is to attract around 50,000 tourists a year, helped in no small measure by the opening of the airport in Sikkim, which will become operational by 2017.

Companies have already started putting in place infrastructure for the new betting shops. Maarm International, one of the three licence holders, has targeted the MG Road in Gangtok. “We will start operating from a 6,600-sqft location once we get all the formalities cleared. Our target is the end of September,” says Manoj Sethi, director, Maarm International. The company has started a marketing campaign, putting up hoardings across the capital, Gangtok. Besides betting, the company intends to offer games such as poker, baccarat, blackjack and roulette.

Sikkim has been preparing for the big gamble since 2008 when it first passed the Sikkim Online Gaming (Regulation) Act, which was planned for Internet betting throughout India. In 2009, Sikkim issued provisional licences to key players.

“We wanted Sikkim to be the base from where websites could run online betting games and anyone from anywhere could play online,” said K.P. Sharma, Directorate, Sikkim State Lotteries. But last year the Home Secretary asked the state to revise its law and restrict its betting activity to the state.

Since gambling is a state subject, Sikkim was allowed to commence activities, but websites could be blocked by other states. Also, the Reserve Bank of India indicated that it would not allow payment gateways to accept deposits on gambling websites. The best option for Sikkim, therefore, was to offer betting through gaming terminals within the state.

Each of the private licence holders is currently looking at expanding the market further. “There is huge market potential and the government can earn significant tax returns by legalising betting. Sikkim can lead by example,” says Kapil Khanna, founder of Teesta Distributors, a lottery business in Mizoram. Mr. Khanna is also a consultant to Future Gaming, one of the companies establishing a betting operation in Sikkim. International players too are looking at the market with keen interest. “Since they can’t enter directly, they are in talks with private companies such as us,” Mr. Khanna reveals.

International online betting agencies such as William Hill, Bet365, Ladbrokes and Betfair are some of the organisations believed to be interested in the India market. “We are discussing a joint venture with an international company,” Mr. Khanna adds.

In addition to the tourism opportunities, Sikkim will benefit from tax revenues of around Rs 5 crore per annum from each of the betting shops. At present, the three licence-holders have been asked to pay 10 per cent of the net income or Rs 5 crore, whichever is higher, to the tax department. 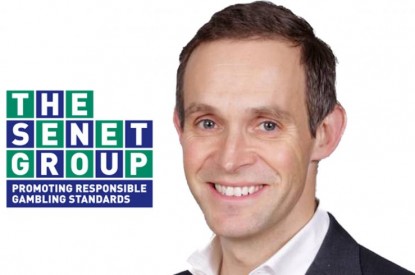