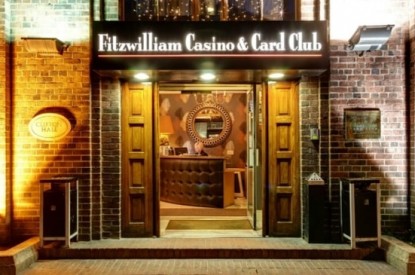 After 16 years of operation, Dublin’s Fitzwilliam Card Club, a private members’ casino, has been forced to close with 78 people losing their jobs.

Its owners, The Golden Horseshoe, said it would cease trading ‘effective immediately.’ It laid the blame at the door of the Gaming and Lotteries (Amendment) Act, 2019, claiming that parts of the new act made its operation impossible.
The new amendment stated that licences would only be offered to venues where the chances of winning for all players, including the banker, were equal, therefore removing any house edge from the play. Table games, such as roulette and blackjack, normally include a house edge of around 2 to 3 per cent, allowing the casino the chance to make money from their games.

The Fitzwilliam Club said the Act made it illegal to offer gaming without a ‘gaming permit’ or a ‘gaming licence.’
A spokesman explained that the Fitzwilliam had consulted with the Government before announcing the closure.

“Neither of these options was available to the Club consequently the Fitzwilliam Card Club was forced to close,” a spokesperson for the Fitzwilliam said. “It is with great sadness and regret that we make this announcement today. Understandably, our concentrations will now be with our staff to ensure that they are appropriately catered for, particularly at this time of year. We would like to thank all of our staff for their commitment and hard work over the past 16 years”.

“We sought to engage with the Government and opposition regarding the threat posed by the legislation to our business. Sadly, our pleas fell on deaf ears and an amendment was not granted to safeguard the business and our 80 employees,” the spokesperson added.

The Gaming and Lotteries Act is expected to be signed into law by President Michael D Higgins this week. The private members club have so far operated in a loophole in Irish gaming legislation but have been told they must now qualify for a licence to continue operating. is expected to sign the into law this week and a commencement order should bring it into force shortly afterwards. The law makes it a criminal offence to operate without a permit or a licence.

The Golden Horseshoe reported losses last year of €269,000 with turnover of €2.6m. It said it would fulfil all statutory obligations with its workforce, including statutory leave and redundancy payment. For its players, it said any deposits on account, or cash chips, would be honoured in full.