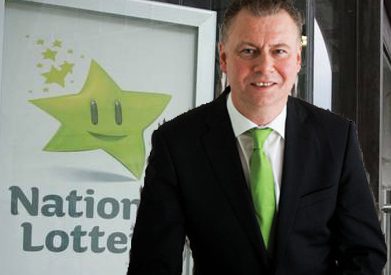 Intralot Ireland, a subsidiary of the Intralot Group has been selected as the technology partner of PLI, in order to provide set up, maintenance and support of new lottery software platforms and terminals.

The transition to Intralot’s system was completed on Sunday November 30 morning and the Lottery’s Points of Sales were connected to the new central system. Intralot has provided its state-of-the-art Photon terminals, which will facilitate the growth of sales through the lottery’s extensive retail network. The new interactive lottery portal has also been successfully launched and is now available at www.lottery.ie. Players will have increased options to play online, on their mobiles and tablets.

Nigel Railton, Chief Executive of Camelot Global, commented: “We are extremely pleased to have delivered a successful transition for Premier Lotteries Ireland. The scale, complexity and challenging timelines in which the Camelot Global project team – supported by Intralot and PLI staff – have successfully completed this transition are industry leading, and I would like to thank them all for their hard work over the last nine months. We have built strong relationships and look forward to continuing to work with PLI and Intralot in the future.”

Antonios Kerastaris, Intralot Group Chief Executive Officer, added: “We are very satisfied with the smooth transition of the National Lottery to our system. Our cooperation with PLI and Camelot Global has been exemplary and together we have set a solid basis for the long-term operation of the project. We are confident that the new Lottery will provide to the Irish players new gaming experiences in a responsible way while increasing revenues for good causes.”