Ireland – OneTouch travels back to Ancient Italy in Ryse of Rome 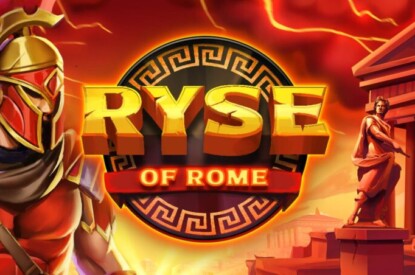 Mobile-first games developer OneTouch has released Ryse of Rome, a thrilling video slot themed around the imperial world when the emperors ruled all.

When players land a winning combination, the number of rows doubles to increase the win potential and give users a mammoth 262,144 ways to win.

Commanding the reels is a selection of Colossal symbols which range from Super, Mega and Epic. These vast symbols introduce giant gladiators who dominate the reels to distribute larger rewards.

Available in select jurisdictions, Ryse of Rome also includes a Feature Buy option which gives players the chance to buy access to the title’s Free Spins game for x80 bets.

Madis Raus, Head of OneTouch, said: “We’re delighted to announce the release of Ryse of Rome, a brilliant video slot which sends players back in time and allows them to experience Italy during the peak of the Roman empire.

“In order to elevate the fun, we’ve included some engaging features such as the Free Drops mechanic and Colossal symbols, giving players an easier journey towards huge rewards.”