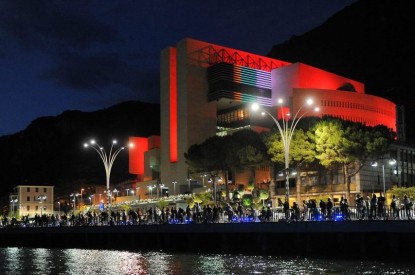 Having been closed since July 27 2018, Casino di Campione, the economic heartbeat of the Italian enclave of Campione d’Italia, is on course to reopen on the shores of Lake Lugano by the end of the year.

Three potential opening dates are being touted, December 22, 27 or 31, although the hiring process of 174 members of staff still not complete. It is currently trying to whittle down over 650 applicants.

The casino plans to employ 84 croupiers, 20 of whom will be hired part-time. There will also be a new game director, two assistant managers, one person in charge of coordination and management control, six game inspectors, one general services coordinator, one responsible programmer, two employees at the central cash desk, three at the central cash desk are foreseen. The VIP customer management will need two employees in the slot area and one employee who will take care of maintenance. They also need to hire a warehouse worker, ten employees who will be assigned to the control room and security, six assistants to the maintenance of the tables and slots area. There will also be three general accounting employees and 13 members of staff to oversee customer service and customer reception with a further 27 at the checkout.

A new board has been selected though with the President being named as Erminia Rosa Cesari, and directors revealed as Marco Ambrosini, the former CEO of the casino, and Carmine Garzia, who is currently professor of strategy and entrepreneurship at Supsi and professor of business administration at Usi. The Board will make the appointment of the new CEO, with the favoured candidate being Marco Ambrosini.

Speaking to Italian news service gioconews, Campione d’Italia Mayor Roberto Canesi, said: “The casino will reopen later this year. Giving back employment and work to Campione as a matter of urgency is an important and essential step. Unfortunately, the casino will not be able to immediately meet all expectations, but the reopening will be a fundamental step for the entire local economy.”

“The main criticalities that caused the Campione disaster were: the direct and total financial dependence of the Municipality of Campione on the casino’s income, with the consequent need for payments by the latter of sums completely disproportionate to its own revenue, all with little management control on both sides. As the liquidity of the Casino ceased and therefore the payment of these sums became impossible, two factors materialized: on the one hand the Casino company, due to its scarce financial resources, continued to accumulate debts, both towards the Municipality and towards third parties, from another is the collapse of the Municipality which has remained without sufficient income to cover its very high running costs. Another critical issue was the failure to promptly reduce the respective management costs. The casino has its own economic and financial budget identified as part of the arrangement plan approved by the court of Como, which provides for punctually quantified payments for the five-year period in favour of the Municipality and a greatly reduced personnel cost compared to the past, both for number of employees, and by amount of salaries.

“Gaming is no longer sufficiently attractive on its own: it is therefore necessary to complement the Casino’s activities with complementary and synergistic activities, such as the development of tourism and commercial / craft activities, related activities to the lake, of artistic and cultural events and initiatives.”

The new licence will run until December 31 2026. Financial predictions are pitching first year revenues at €41m, rising to €55m in the second year, €65m in the third year, €74m in the fourth and €80m in the casino’s fifth year of its rebirth by which time it aims to employ 274 people. Neighbouring casinos, such as those in Switzerland, in particularly those in Lugano and Mendrisio will be watching the situation closely with an expected backlash from the re-opening. The last three years have seen their revenues increase due to the closure of the Italian competitor.