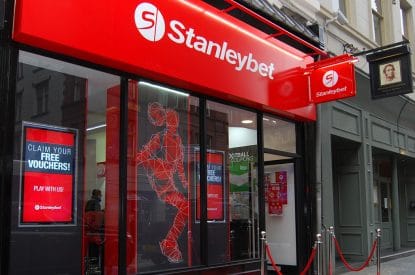 The European Court of Justice (ECJ) in Luxembourg has ruled against British company Stanleybet stating that gambling taxes accrued in Italy do not constitute discrimination against companies based in another country.

In 2016, Stanleybet received a tax statement from the Italian Ministry of Finance for €8m for business conducted between 2011 and 2015.

The operator claimed that the tax statement was not legal as Stanleybet’s headquarters were in Malta, and as an EU member, the island nation levies its own taxes on gambling. Stanleybet claimed it was being taxed twice.

According to Italian law, all betting transactions are subject to tax, regardless of whether they concern domestic or foreign providers. Stanleybet Malta is not registered in Italy, but accepts bets in Italy.

In its judgment, the court ruled that the tax applied to all providers who managed bets placed on Italian territory, regardless of the location of the providers concerned. Therefore, the tax claim against Stanleybet Malta cannot be considered discriminatory.

EU member states still have the right to levy taxes at their discretion as long as they do not violate EU law. The court ruled that states do not have to change their own tax systems to avoid double taxation.

The high court’s five-judge panel ruled: “The imposition of that tax on Stanleybet Malta cannot be regarded as discriminatory. The tax applies to all operators who manage bets collected on Italian territory, without making a distinction on the basis of the place of establishment of those operators.”

Stanleybet says on its website: “The company is committed to protecting its customers by applying high standards of internal policy compliance guided by its core principle of transparency in all corporate operations, whilst guaranteeing their right to choose the most innovative and entertaining sports betting products on the market.”
Stanleybet operates in Belgium, Cyprus, Denmark, Italy, Malta, and the United Kingdom, as well as in Croatia, Germany, Nigeria, and Romania via its Magellan Robotech brand.

The case will now head back to the Italian courts where a final decision will be made.