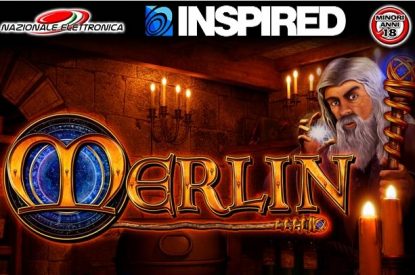 Inspired Gaming Group, the leading supplier of Virtual Sports and a next generation SBG VLT technology in Italy, has opened a new corporate office in Rome downtown in zona Prati.

Inspired’s Italian business is growing rapidly and can now report 7,000 VLTs, 7,000 venues with Inspired’s Virtual Sports, and the successful launch of the game Merlin for the Comma 6a. Inspired’s Open VLT™ technology, cabinets and games are due to go live with Cogetech and HBG in the next future following the existing presence of Sisal, Betplus and Lottomatcia. Inspired Virtual Sports are already live with 6 customers and will launch further seven customers who are in homologation or just about to start the process. Inspired’s new HTML5 mobile and online slot games, unveiled at ICE 2014, are also likely to be launched in Italy in the near future to allow players to access the same hit games anywhere.

Vitaliano Casalone, Presidente Inspired Italia, commented: “Inspired started in Italy 4 years ago with a handful of employees, and it has quickly grown into one of the major supplier to the Italian market which ranks 2nd in Europe. We are delighted with our new headquarters in the heart of Rome which assures us presence and visibility for our brand.”