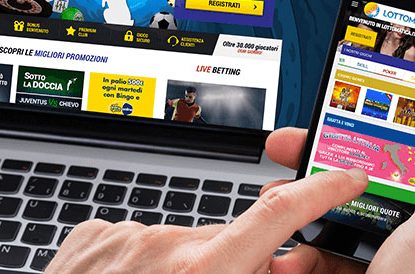 The new affiliate programme for the multi-vertical brand will be managed using the Income Access platform.

In addition, lottomatica.it boasts an online casino with over 100 state-of-the-art branded and original slots from leading software providers, including The Big Easy, Treasures of the Pyramids, Guns N’ Roses, and Cowboys Go West. A wide range of table games, including live-dealer blackjack and roulette, diversify a casino that is also complemented by an array of online poker tournaments.

Lottomatica’s longstanding presence in the lottery space is strongly represented at lottomatica.it, which offers players an array of iLottery wagering options, including Lotto online, 10&Lotto online, and various online Instant Lotteries such as “Gratta e Vinci” (scratch and win).

Following the launch of the new lottomatica.it/affiliazione affiliate programme on the Income Access platform, which has won eGR’s ‘Affiliate Software’ B2B Award four times since 2013, affiliates will be able to promote this diverse brand. The new programme, which offers affiliates the flexibility of bespoke commission deals, is accompanied by a promotion in which all new depositing players referred by affiliates receive €10 in addition to the brand’s standard welcome bonuses.

Gianfranco Allocca, Head of Digital Product Development & Marketing at IGT, said: “Lottomatica parent company IGT has a longstanding and successful business relationship with Income Access, so the platform was a logical choice when we prepared to launch lottomatica.it’s affiliate programme. We look forward to using the platform’s sophisticated capabilities, and reporting and analytics suite to give a boost to our player acquisition via the affiliate channel.”

Lorenzo Pellegrino, CEO of Income Access and Digital Wallets at Paysafe, said: “We’re excited to further extend our partnership with Lottomatica for the launch of the lottomatica.it affiliate programme. Lottomatica has a very high brand profile in Italy, an iGaming market that is growing strongly and offers European affiliates an increasingly important revenue opportunity.”