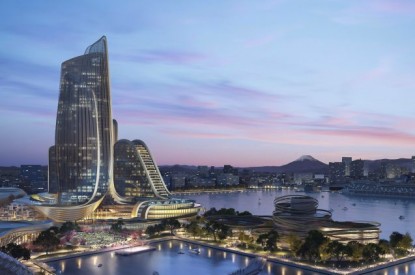 Melco Resorts and Genting Singapore, who were competing for a licence to build an Integrated Resort casino in the Japanese city of Yokohama have said they have been left disappointed by the new Mayor’s decision to pull the plug on the region’s bid for a casino.

Melco Resorts has said whilst it is now closing its Japanese office, it remains committed to exploring other Japan development opportunities.

Melco Chairman and CEO Lawrence Ho said: “For the past several years, we have worked with our partners to devise a superlative, world-class IR proposal that reflects the unique characteristics and culture of Yokohama and which would put the city on the global stage of tourism. Our proposal was focused on the Asian premium segment, our devotion to quality and craftsmanship, and our dedication to creating a world-class entertainment destination. We designed this resort in a way that reflected Melco’s focus on quality, demonstrating a respectful approach to partnership, developing the most advanced protection measures in the world, and with stringent ethical business conduct during the process.

“Unfortunately, the citizens of Yokohama have decided otherwise, and the mayoral election results give a clear verdict. The new mayor, having campaigned on an anti-IR platform, has now officially closed the door on the process we engaged in with our partners,” he added. “While we are disappointed, we are grateful for the friendships that we have formed throughout the process and express our sincere gratitude to the people and government of Yokohama, as well as our business and community partners, for their tremendous support.

“Melco has been working on the ground in Japan for over a decade. We firmly believe in the long-term potential of the country and remain committed to developing the world’s best integrated resort in Japan. We will be closing our Yokohama office while maintaining a representative office in Tokyo.”

Genting Singapore said: “We are surprised and disappointed by the unexpected turn of events leading to the City’s decision to cancel the Yokohama IR Bid,” Genting Singapore said. The Board of Directors and management of the company, together with our consortium partners and supporting partners, have devoted considerable time and our best efforts to prepare and submit a compelling bid and proposed a significant investment that will benefit the City of Yokohama and its community, and at the same time make Yokohama a world-class tourism destination.

“The company would like to thank all parties who have supported and contributed to our Yokohama IR Bid and we extend our best wishes to Yokohama City.”

Yokohama city’s new mayor Takeharu Yamanaka pulled the plug, saying: “I am announcing here the withdrawal of the IR bid. We will immediately cease the operator selection process and promptly commence the necessary procedures. The IR Promotion Office will be abolished as of 1 October.”

The move was not welcomed by Chairman Ueno of the Yokohama Chamber of Commerce and Industry, who said: “I think that if we withdraw the project, we will not be able to anticipate the robust future development of Yokohama that the mayor is hoping for.”