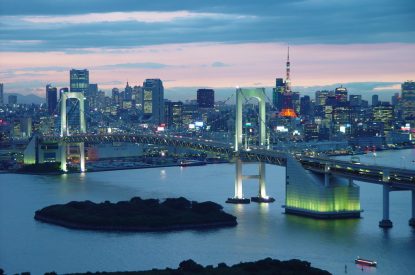 The opening parliamentary debate on a bill to introduce resort casinos is now underway in Japan.

The ruling Liberal Democratic Party wants casinos as part of Prime Minister Shinzo Abe’s aim of increasing economic growth by doubling the number of foreign tourists visiting Japan to over 20m by 2020.

Hiroyuki Hosoda, the ruling party lawmaker sponsoring the bill, said: “The intention is to increase competitiveness and enhance the attractiveness of our tourist destinations.”

Masahiko Shibayama, of the lower house’s cabinet committee, said the passing the bill would likely be postponed until at least autumn.

The bill is the first part of a two-stage process. After it has been passed the government will piece together legislation within a year to legalise resort casinos.

Toru Mihara, an adviser to politicians, said: “We have to remind ourselves that this is just the start, and until we see gambling become legal, we must keep up our efforts.”

Prime Minister Shinzo Abe said: “Integrated resorts will be a main feature of my growth strategy.”
Japan has attracted interest from most of the largest international casino operators. I think integrated resorts will be a key part of Japan’s economic growth strategy. I would like them to deliberate with a perspective on what needs to be done to bolster Japan’s attractiveness, and how to get people to visit.”

Not everyone is pro casino though. Tokyo’s Governor, Yoichi Masuzoe, said: “There are pros and cons. Many women in Tokyo are against the creation of casinos and they think about the bad influences of casinos. There hasn’t been enough debate, including about money laundering and other things.”