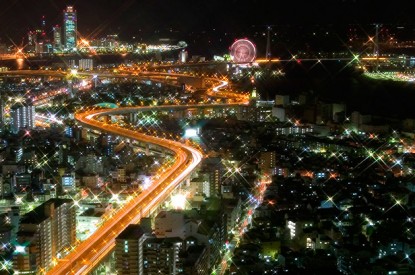 The Japanese city of Osaka is looking to steal a lead on its likely, rival casino city of Tokyo by naming an official site for any future development and inviting operators from across the globe to design their blueprints.

The favoured site for the development is on reclaimed land in Osaka Bay in an area called Yumeshima.

Osaka Governor Ichiro Matsui, who held discussions with Lawrence Ho of Melco Crown Entertainment last week, said the site was the frontrunner and would probably be revealed officially following discussions by Osaka officials on April 22.

Governor Matsui said it was time that the city made moves to ‘narrow down the candidate sites.’ He said it was high time to start accepting concrete proposals, explaining he would like to see a ‘unique casino complex’ in Osaka highlighting local elements such as the region’s ‘renowned cuisine.’

The undeveloped Yumeshima area has plenty of spare land for hotels and convention centres that could be developed alongside entertainment and gaming facilities but Osaka has yet to expand its rail services to the area. Casino developers are likely to fund such infrastructure costs.

Governor Matsui predicts that operators will spend over 500bn yen (US$4.91b) on developing an integrated resort in the city. Osaka’s move comes in complete contrast to Tokyo’s. Whilst Governor Matsui is a member of the Japan Restoration Party, which has been an advocate of introducing casinos, Tokyo Governor Yoichi Masuzoe has yet to confirm whether he even agrees with casino gaming being rolled out in Tokyo.

Tokyo is also yet to name a site for any future development. Many politicians expect the initial bill to be passed as soon as June with a second bill passed in 2015.