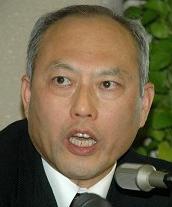 Seeing casinos introduced into the capital is not a priority for Tokyo Governor Yoichi Masuzoe who has called for more debate on issues such as money laundering.

“This is not at the top of my agenda. I don’t believe that you must have casinos to improve the economy,” he said. “There hasn’t been enough debate, including about money laundering and other things.”

Governor Masuzoe had remained fairly quiet on the issue of casinos although his comments came in the same week that Japanese Prime Minister Shinzo Abe lent his support to the bid for integrated casino resorts having spent time touring Singapore’s two casino properties.

The Prime Minister said: “I think integrated resorts will be a key part of Japan’s economic growth strategy. I would like them to deliberate with a perspective on what needs to be done to bolster Japan’s attractiveness, and how to get people to visit.”

The Tokyo Governor’s cautious stance is also in stark contrast to the city’s main casino rival; Osaka where Governor Ichiro Matsui has already invited operators from across the globe to design their blueprints. He has even named a favoured site for the development on reclaimed land in Osaka Bay in an area called Yumeshima. Governor Matsui wants to start accepting concrete proposals, explaining he would like to see a ‘unique casino complex’ in Osaka highlighting local elements such as the region’s ‘renowned cuisine.’

The Tokyo Governor’s concerns over whether casinos can boost the economy come despite bold predictions from CLSA Analyst Jon Oh who believes 12 casinos would be capable of generating US$40bn by 2025, compared to Macau’s $US52bn and Singapore’s $6bn. He believes the first phase of casino openings will come in 2021 with two integrated resorts in Tokyo and Osaka and a destination resort in Okinawa.
Although he believes the Japanese government will allow more casinos following the success of these initial operations with a total of up to 12 eventually being permitted.