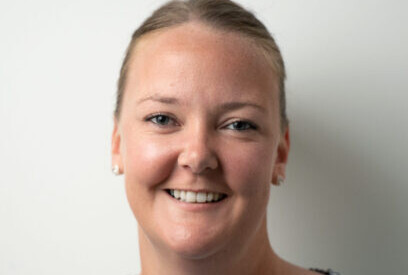 Since the turn of the year, Push Gaming has secured deals with 32Red and 888casino, granting greater access to the UK market and expanding the developer’s global reach.

Sitting down with G3, Fiona Hickey, Head of Sales, details the type of business Push is looking for in potential commercial partners and the role acquiring its RGS two years ago has subsequently had on the studio’s autonomy for when, where, and how it expands.

What criteria does Push consider when it comes to putting pen to paper on new operator deals and partnerships? What factors make certain operators a good fit for the Push brand?

At Push, we are very much focused on regulated markets and partners who put regulated markets at the forefront of what they do. We are in the UK, Sweden, and Denmark, and are compliant with German regulations. We’re ready for the Netherlands and will launch with our new partners there soon. We’ve recently launched in Romania – an exciting market to keep your eye on – and are prepping for launches in the U.S. and Canada, respectively.

We want partners who are already in, or are looking at moving into some of these markets that put regulated business above the pre-regulated or unregulated side of things. Of course, I’m happy for them to have a hybrid model given the nature of our industry, but they must be partners who put players first with safer gambling measures. Essentially, we desire partners who share our core values and business goals.

What level of control does Push like having over its product? What balance do you look to strike between direct integrations and complementary third-party ones?

As a business, Push focuses on direct integrations first and foremost, and it is unusual when we move away from that. Of course, there are sometimes cases where that happens, but we look for direct integrations with all our partners. We build our games on our own RGS and feel that having a direct partnership facilitates growth of the partnership.

I don’t believe we will partner with every single operator out there and I’m not sure anyone could say that, so for us it’s about having valuable partnerships where we go into new markets together, create amazing content, and work closely on promotions and player experiences. The best way to do this is via direct integrations.

We acquired our own platform two years ago and we have done a lot of direct integrations since – at last count we were between 30-35. I should know precisely because I do all of them! Where we do not currently have direct integrations, we are in discussions to move to that model and optimise our existing partnerships.

What impact has the acquisition of GSI had across the board from game creation and design through to distribution and operator relationships?

Owning your own RGS and platform gives you the ability to create your own tools and mechanics and this has been hugely important. We have several trademarked features within our games such as Hypermode and having our own platform has allowed us to build these. We have one of the most creative teams out there – we don’t skin games or copy – and always look to come up with new, innovative, and entertaining games, tools, and concepts.

Acquiring GSI has vastly helped do this and move us into the markets we want to enter. If you sit on someone else’s platform and build on it, you can’t control what markets they go into or at what speed. Our entry into the Romanian market in December was a great example of us entering a market when we wanted, how we wanted and with the partners we wanted. People buy into what we’re doing and the style of games we create, so the acquisition of our own RGS was a great addition to the business.

How close a relationship does Push look to have with regulators such as the ONJN, MGA and UKGC?

We place great emphasis in partnering with key regulators. I think our industry is only going to keep growing and getting better if operators and suppliers speak closely to all the regulators. We have a compliance team that puts that very much at the core of what they do by keeping on top of what’s happening. For example, we’ve been part of steering committees in the UK where we’re helped advise on game design. It’s a massive factor that shouldn’t be underestimated.

After a period of digital events, the second half of 2021 saw the return of in-person events. Are they still as important as they were before the pandemic for creating new business?

Having been in the industry for well over a decade, events have a great part to play in fostering business deals, and I’ve loved being back and physically seeing people. I’ve done a combination of conferences and exhibitions since they returned including SBC’s summits in Barcelona and New Jersey, iGB Live!, SiGMA, and a few separate business trips to London – and I feel lucky to be back out seeing people again.

As great as Zoom and Hangouts are, for me face-to-face time with people allows you to get into the nitty gritty of things, as well as have those all-important side conversations. As Push is about to embark on an even bigger growth spurt through entering the U.S. and Canada, sitting down with new and existing partners to find out their overall plans and where we fit into them is key. Having those in-person allows for a deeper and more in-depth conversation to occur.

How influential has Jammin’ Jars been to Push Gaming’s success?

Jammin’ Jars is a hugely successful game for us, but we are lucky to have a few games you can fit into the category of standing the test of time. Jammin’ Jars is one of our top performing games, and games like Wild Swarm and Razor Shark are still performing fantastically well, and those games are around three years old. They put us on the map, as did Fat Rabbit, Tiki Tumble and Fat Santa (which is popular even when it’s not Christmas), and all were launched in very quick succession. However, when people think of Push, they often think of Jammin’ Jars.

Some studios have made a name for themselves by looking at other titles and, not necessarily reskinning them, but taking a concept or theme and trying to make them better and have done so to great success. Similarly, there are other studios like us who want to stand out in what we do and not replicate what others are doing.

There are different business models and approaches, and there is nothing wrong with working on a proven concept in the market and putting your own spin on it. Let’s not forget that the online slots industry has taken many of its most popular themes from the land-based sector.

For Push, it is about making sure that we provide games that are truly entertaining to our players. One of our more recent releases, Fire Hopper, embodies this as it is a title that is going to work across all markets but, above all, it is fun.

Push is one of several studios that works with streamers. How do you see this relationship developing industry-wide in years to come?

Streamers have been huge for a few years, and they play a part for studios like us, Big Time Gaming, Relax, and Nolimit City that have those exciting ‘big win’-type videos that come out. However, we also need to manage this relationship from a social responsibility and compliance perspective within regulated markets. It’s a fine balance to strike because streamers certainly have a place within our industry.

Streamers are affiliates and affiliation has been in our industry as long as the industry itself has been around. They create exposure with players, but we need to make sure that the streamers we partner with are responsible and compliant.

What are Push’s market plans for the year? Are there any new jurisdictions you have your sights set on?

For us, it really is about North America. Ontario, New Jersey, and Michigan are top of the list. All our partners have been talking to us about Ontario and attaining licences there, even those who I was personally unsure whether they’d go for it. New Jersey and Michigan will see us gain our first foothold in the U.S. and we have partners lined up for those states already.

We will also go live in Italy which we’re really excited about – we have an exclusive partner that holds one of the largest percentages in the region. They are the key ones, but of course we won’t take our eye away from growing in other markets and adding further partners in regulated European markets. There will certainly be more jetlag for me in the future!