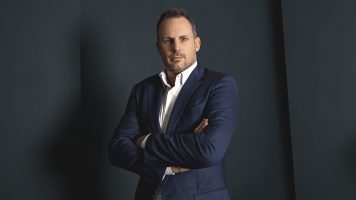 The betting and gaming opportunity in Latin America is extremely compelling, especially when one takes into consideration the inherent passion for sports that runs deep in the region. This upsurge in interest is further driven by the significant technological year-on-year ameliorations registered across the entire region, and the regulatory evolution that is set to characterise LatAm in the near future.

Without doubt Colombia is considered as the primary example of the region’s online industry potential.

The country stole the limelight becoming the first Latin American market to vote through a bill regulating online casino and betting products, with the government opening the market to new licensees in July 2017. Since then, Colombia’s online gaming sector has remained a relatively small part of the overall local gambling market, making up just 9.4 per cent of the total gaming revenues for the first half of last year.

However on a more interesting note, there are evident signs that the market is gradually shifting towards remote forms of gambling as the online sector continues to outpace the growth of other verticals. This is further underlined by Coljuegos’ tax revenues for the year ending 31st October 2019, with online channels registering steady year-on-year growth.

Furthermore, according to Colombia’s regulatory body, average expenditure per user per annum rose from $20 in 2015 to $94 in 2017. And this figure is expected to triple by 2021.

If one were to make a tax breakdown:

Retail bookmakers accounted for the bulk of tax revenue, bringing in COP377.25bn, 61 per cent of the market, a 10.6 per cent increase year-on-year. The SuperAstro Lottery followed, with a 14 per cent share of the market, accounting for COP88.72bn of the total tax take, a 15.2 per cent year-on-year increase.

Brazil set to take the limelight?

Colombia’s appeal and online growth momentum is also reflected in the majority of the countries constituting the LatAm region.

Regulatory aspects aside, Brazil is considered as the most interesting prospect and is also considered to have all the elements in place to project itself as the largest market in Latin America, and one of the largest on a global scale.

With 205.8 million, mobile connections penetration stands at 97 per cent, which is lower than the median for the Southern American region. Internet penetration (150.4 million) is in line with the average penetration for the region (71 per cent vs 72 per cent), nonetheless it is important to note the significant 6 per cent year-on-year increase that was registered from January 2019 to January 2020.

The market’s potential is further emphasised by the International Betting Integrity Association (IBIA) response to the Brazilian sports betting consultation, whereby it stated that within a proper regulatory and taxation structure Brazil could see a licensed market equating to upwards of BRL 2,389.2m in gross win by 2024, with sports betting equating to 95 per cent of that market.

Shift towards the online aided by the regions’ regulatory reform

Needless to say the need to migrate towards the online has been further accentuated throughout the novel coronavirus pandemic. An ever increasing number of retail bookmakers have opted to diversify their business model and include the online channels in a bid to employ smart business practises that would diversify their revenue stream by maximising alternative content and cross-selling opportunities otherwise unavailable through the brick and mortar shops.

This migration towards the online will be further helped due to the fact that across the entire region, the majority of the countries have created regulations that allow for land-based gaming operators to make an easy transition into the virtual, or digital realm. This is going to lead to a great push towards online gaming operations, provided the proper legal and legislative frameworks can be implemented. The Covid-19 pandemic and the economic blow it has dealt to the vast majority of countries in the region will also result in local authorities pushing for the introduction of regulatory frameworks legalising online betting and gambling, with the industry providing a steady tax revenue into state coffers.

That push will hopefully come sooner, rather than later, but there is no doubt that LatAm is about to begin to receive an influx of new online operators. This is a good thing, though, as what will be seen is an industry that is highly regulated, and which follows established responsible gaming protocols in other parts of the world. Colombia has always been seen as the example of how to establish a regulated gaming market, and it will most likely serve as the foundation upon which the entire LatAm region begins to further its gaming initiatives.

BtoBet is a multinational company and is part of a group with 20 years of experience in software development in IT, telecommunication, e-commerce and banking, strongly committed to technology and widely investing in technology research and development. The experience gained at the forefront in these advanced environments, compared with the more recent gambling industry, allows BtoBet to be visionary with a deep understanding of the requirements of the market, catching changing trends and anticipating bookmakers’ and operators’ needs.

BtoBet: And the winner is…

Africa: the right opportunity to accelerate shift to online play?