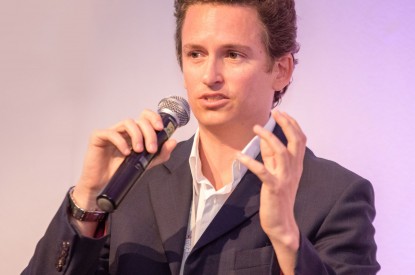 Daily fantasy sports (DFS) operator and B2B provider Oulala.com has decided to spread its operations to LATAM, initially by offering its platform to Argentinean football clubs.

Despite the fact that daily fantasy sports has mostly been a US phenomenon, it has recently begun to take off in other continents as well. Malta-based OulalaGames Ltd, a wide-known DFS company in Europe that recently announced its expansion to Australasia and the Indian sub-continent, continues to grow its Daily Fantasy Football network by establishing a foothold in the Latin America markets.

Oulala’s game allows users to form their fantasy line-ups for every game day, join or create leagues and then compete against their friends or other users to win real money. Its extensive scoring system – based on more than 70 different criteria – and unique ‘live coaching’ feature, which enables users to make real-time changes to their fantasy line-ups, make Oulala arguably the most realistic fantasy football game currently on the market.
The company, founded in 2013, will target prime regional markets for DFS such as Brazil, Argentina, Colombia and Mexico, all of which are known for their avid football fans. It primary focus will be Argentina, which currently has – according to FIFA World Ranking – the best national team in the world.

“Fantasy sports are unregulated in Argentina, and the country has a huge fantasy sports fan base for football,” said Argentine entrepreneur Sebastian Pino, who will help with the execution of Oulala’s plans. ”An estimated 90 per cent of Argentines consider themselves fans of a football club, making it a hotspot for DFS.”

We calculate there being around 2m people in Argentina who have already played fantasy sports games,” added Pino who is also involved in financial markets and professional sport activities.

Oulala’s CEO Valery Bollier is looking forward to taking on new challenges: “LATAM markets are incredibly competitive, with very few operators, so I think that our interactive platform with live in-play features is a perfect alternative for Daily Fantasy Football fans. Let’s not forget those who are accustomed to sports betting and are simply looking for a different product that allows them to really put their skills to the test.We are happy to have partnered with Sebastian who has vast experience with LATAM markets. I’m sure he will be instrumental in growing our Daily Fantasy Football network.”

Top major clubs are scheduled to be presented with Oulala’s White Label Affiliation Partnership, similar to the one that Oulala has with Leicester City, the last English Premier League champions.
Boca Juniors, River Plate, San Lorenzo de Almagro, Racing Club, Club Atlético Independiente and Rosario Central are some of the initial clubs being introduced to Oulala