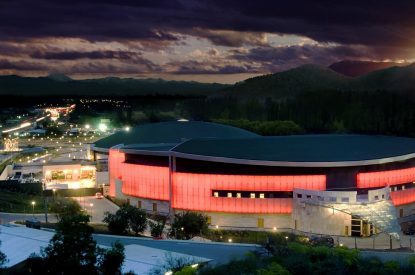 The consolidation process of operations between the merged Chilean companies Dreams with South African Sun International will start in November or December this year.

The consolidation process will run for about a year in the first period in which the company will invest up to US$10m for, among other things, systems development and the unification of players.

General Manager of Dreams Jaime Wilhelm said: “According to the program that we have drawn up within a year we should have consolidated operations up and running and will be seeing the opportunities for expansion. It will be a one-year job, to evaluate operations, the markets, the players we have in common, to study the competition and regulations. The permits for casinos in these countries are shorter and there are several things to consider first. From that point on we will look at the opportunities for expansion,” he said.

Dreams and Sun International finalised the merger between both companies creating Latin America’s largest gaming operator in September. The merger will create a group valued at around US$400m.
Mr Wilhelm said that the company would begin a wide ranging study into other markets. “Firstly we have to analyse the different casino formats that exist in different countries and study how to export the Monticello type of casino model that is in Chile. In other countries casinos are smaller and are found in shopping centres, and are licensed according to the legislation of each country. We will establish best practices for each of the markets. After this exercise and based on the results of each one of the operations, we will evaluate where to start growth,” he said.

The Latin American operations of Sun International, including Monticello in Chile, Ocean Sun Casino in Panama City and a project near completion in Colombia, will be merged in the deal which will see Sun International expanding its presence in the region. Dreams operates six casinos in Chile and has recently expanded into Peru where it operates four smaller gaming establishments in Lima. There are plans for it to expand further in the region.