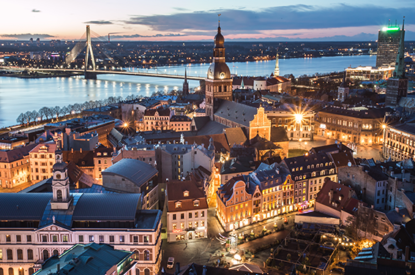 According to figures released by the Lotteries and Gambling Supervisory Inspection (IAUI), online gambling revenue in Latvia rose by 132.8 per cent in 2019 as the country’s regulated iGaming market grew to €54.7m.

Online casino was the most popular vertical with revenue for online slot games, cards and roulette rising to €39.3m, up 142.5 per cent from the preceding year. Sports betting revenue rose by 112.3 per cent on 2018 to €14.9m. Poker tournaments saw the largest percentage increase of 160.8 per cent, albeit up to €423,000.

IAUI also published the number of illegal sites it banned in 2019. 68 websites and 87 IP addresses were blocked. Since its crackdown on unregulated operators began in 2014, it has blocked 1,206 domains and 2,478 IP addresses.

Land-based gambling also saw a rise in revenues with gaming tables up by 104 per cent to €17.3m, while retail sports betting generated €3.2m – a 116.8 per cent increase. Other activities including bars and billiards generated an extra €17.3m, whilst the overall turnover for licensed operators hit €324.4m for the year.

In the final quarter of 2018, William Hill’s Mr Green brand announced it would launch in the Latvian market whose platform is powered by GiG.

Since the start of the year, IAUI has also ran its new self-exclusion scheme which means Latvian residents can ban themselves from gambling for 12 months and gambling tax reforms have been introduced, although these only affect land-based operations, not iGaming.