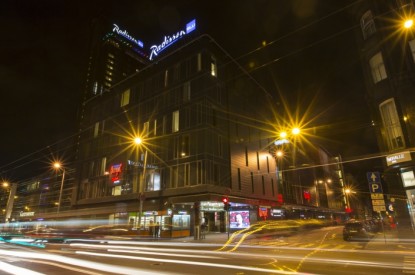 Politicians in the Latvian capital of Riga are planning a second raid on the gaming industry with a draft decree that would close around 200 slot halls and casinos.

Only casinos operating in four and five-star hotels will be exempt from the new regulation. This will leave a handful of casinos including Olympic Voodoo Casino located in the Radisson Blu Hotel, Shangri La Casino located in Kempinski Hotel Riga, Empire Casino and lounge in Mercure Riga Centre and Royal Casino Spa. Olympic Entertainment Group currently operates 29 casinos in the Latvian capital.

Jānis Liepiņš, Head of the council’s legal department, confirmed that if the planned decree is approved it would see nearly 200 slot halls in the capital lose their licenses although the council will first have to issue separate orders on the closure of each individual hall or casino.

The City Council’s Security, Public Order and Corruption Prevention Committee has already approved the proposal.
According to Latvia’s gambling legislation, local governments can revoke casino, gambling, bingo hall and betting shop licenses, if they believe the operation of such facilities harms the interest of residents of the neighbourhood orthe nation as a whole.

Riga Mayor Nils Usakovs said: “This is one task that we have to accomplish. We made the first step in 2017 when we banned gaming venues in the historical center of the city. At the same time, it is clear that the problem of gambling is the worst in the neighbourhoods of Riga. That is why the municipality has to do everything in its power to finally make Riga a city completely free of gambling.”

The first wave of closures saw 42 gambling venues in the historical center of the Latvian capital closed in 2017 although Riga’s fight against gambling began in 2011 when the City Council stopped issuing any new licenses.

Aleksejs Roslikovs, the Head of the City Development Committee, said: “We cannot base the economy of Riga on a business that destroys thousands of family lives. For many years now, the municipality has not issued permission to open new gaming halls, we have begun to limit the gambling business to the historic center of the city, and now that the law has made it possible to limit this disease to a much larger extent, this should be done immediately and without compromise.”

Janis Pinnis, President of the Latvian Association of Hotels and Restaurants, said the council’s decision was ‘unexpected’ and warned that the gambling sector would take legal action to prevent the closures.

Latvia’s gambling revenue increased by 11.7 per cent in 2018 to reach €277.701m, according to data collected by the Lotteries and Gambling Supervisory Inspection.