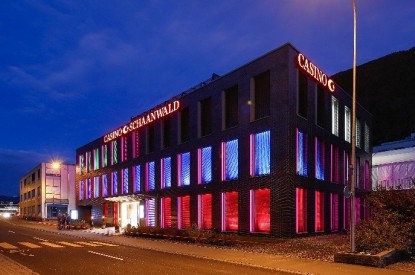 Liechtenstein’s two casinos have generated revenues of CHF53.5m (€49m) in 2018, their first full year of operation, according to the Department of Economic Affairs.

Novomatic’s Casino Admiral opened in August 2017 in Ruggell close to the Swiss border. It generated revenues of CHF 34.8m, an increase of 200 per cent from 2017.

Casinos Austria’s Casino Schaanwald Liechtenstein opened in October 2017 in the Pirandello business centre in Schaanwald, close to the Austrian border. It produced CHF 18.7m in revenue up from 900 per cent from the CHF 2.7m it generated in 2017. The two casinos paid combined tax and licensing fees of CHF 19.9m.

The Department of Economic Affairs said: “The reasons for the rapid growth are manifold. Both casinos have attracted players from Bad Ragaz, St. Gallen and Bregenz; the lack of smoking and the entrepreneur-friendly legislation that allows the most technically advanced GSA to be offered also contributed to its success. Market surveys conducted by the casinos also revealed that the catchment area for the casinos in Liechtenstein is significantly larger than expected.”

A third casino, the Grand Casino Liechtenstein, is being built in South in Bendern. Dieter Bettschar, General Manager of Apex Casinos from Austria, is listed as a member of the board of directors.