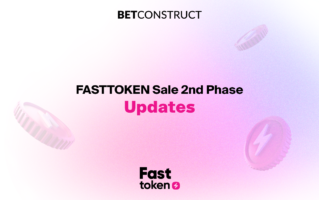 BetConstruct has begun the second private sales phase of Fastex’s native token, Fasttoken, and is now open for all partners.

The public sale will start on January 18 and will be available to everyone. Over 70 iGaming suppliers have agreed to include Fasttoken as a supported currency in their ecosystem, including the most recently announced, BGaming.