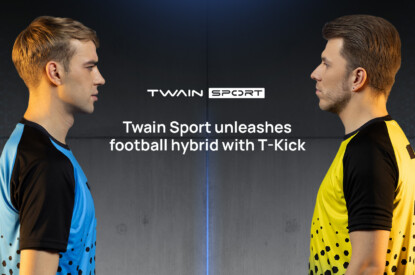 Twain Sport, the live sport vertical from the Hybrid Sports League and BetGames, has doubled its roster of available products with T-Kick, its new football experience.

Set to go live in February, the arrival of football into Twain Sport’s portfolio will deliver head-to-head tournaments, with games every three minutes, totalling 6,300 matches each month.

T-Kick will be broadcast from a custom-built arena, and like its sister product T-Basket, is designed to bridge the gap in demand for increased live sport with high-frequency entertainment. T-Kick features professional athletes competing to score the most points in 60 seconds, shooting footballs at a series of illuminated targets within the goalmouth.

Bettors will experience the action through an extensive range of betting markets via a mobile-first designed UI. In total, eight players compete in a single tournament with two groups of four players. The two best players advance from each group into the semi-finals and final.