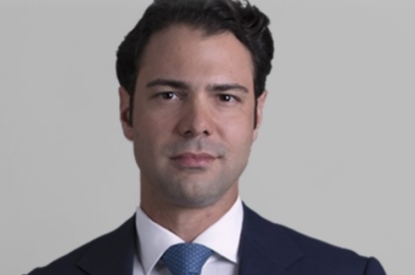 Rui Pinto Proença, Managing Partner of MdME, an international law firm with offices in Macau, Hong Kong and Lisbon, will discuss the market freefall taking place in Macau at the IAGA Summit in Boston. Summarising the debate, Mr. Proença outlines the difficulties facing the former ‘darling of the gaming industry.’

Once the world’s largest casino market, Macau has seen its gross gaming revenue plummet from US$36.7bn in 2019 to US$10.82bn in 2021. The outlook for 2022 does not seem to be improving, with visitation at the end of April falling by 30 per cent year-on-year as a result of COVID-19 outbreaks in China and the tightening of travel and border policies.

During this period, the once thriving VIP segment has all but collapsed following an amendment to mainland China’s legislation that further criminalised the promotion of cross- border gambling trips, and the subsequent high-profile arrests of key executives from the two largest junket groups.

Against this background, the Macau government decided to initiate the process of reviewing and amending the Macau Gaming Law (Law 16/2001). On January 14, it submitted to the Macau Legislative Assembly an amendment bill, which was approved in first reading on January 24.

Following this approval, the bill was assigned to the Second Standing Committee of the Assembly, for itemised discussion and approval. As expected, such significant legislation has been the subject of extensive debate, not only within the Assembly, but across the industry and society at large. At the time this article was written, discussions were still ongoing at a committee level.

Since its introduction in 2001, the Macau Gaming Law set out the framework for awarding casino concession contracts in the post- monopoly era. It also formed the legal basis for Macau to develop into one of the most successful casino gaming destinations in the world. By doing so, it played a pivotal role in the prosperity of this Special Administrative Region of the People’s Republic of China throughout the past two decades.

Twenty years have passed since the law was enacted and the gaming industry in Macau has developed beyond all expectations. At the same time, the political, social, and economic circumstances that surrounded the approval of the law and the award of the initial six concession contracts have substantially evolved, both at regional and national levels. These contracts – which represent more than 75 per cent of Macau’s tax revenue – are set to expire on June 26th, 2022. What will follow?

At the Macau Government’s request, all six (sub)concessionaires – SJM, MGM, Melco, Wynn, Galaxy and Sands – have applied for an extension of their existing contracts to December 31, 2022. It is expected that such extensions will be approved and signed shortly. It has also been announced that the amendment to the Macau Gaming Law will be passed by the end of June, soon after.

Upon its enactment, the government will publish the regulations governing the upcoming public tender for the award of new concessions, up to six maximum. If all goes according to plan, a public tender will be launched in the second half of this year and new concession contracts will be awarded and executed on or before the end of the year.

The upcoming amendment to the Macau Gaming Law, and the award of new concession contracts, will shape the way the industry develops in the next 10 years. More importantly, it will once again re-define the future of casino gaming in Macau and significantly impact the economic prosperity of the region and of its people for the foreseeable future.