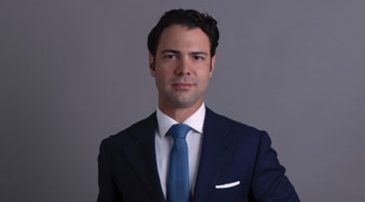 We are approximately 20 months out from the expiration of the existing concession (and sub-concession) contracts between the Macau government and the current casino operators. These are SJM, MGM, Melco, Wynn, Galaxy and Sands.

Twenty months may seem like plenty of time to address what is, in its essence, a licensing issue. However, as recent global experience has demonstrated, a lot may change rapidly so, for all the stakeholders involved, this deadline looms just around the corner…

In fact, the six contracts that are at the epicentre of this discussion are no less than the very legal instruments that allowed for the growth of the Macau gaming industry in the past 20 years. From a total GGR of US$2.9bn (in 2002) the sector now represents an unimaginable US$36.5bn per annum (in 2019), accounting for more than 75 per cent of the total tax revenue of this relatively tiny region of China.

These contracts have not only shaped the operators into the gaming powerhouses they are today, they have also changed the face (and the faith) of Macau. What is at stake then is not simply the future of each of the companies involved but rather the prosperity of Macau and its people. And, as most industry veterans would recognise, both require a delicate balance that has been carefully crafted over the past two decades.

WHAT ARE THESE PIVOTAL DOCUMENTS?

In short, a concession contract is a civil law instrument used in the Portuguese legal system as the preferred way for the government to outsource services considered essential to the public (the provision of water and electricity, waste management, etc.). It is also used to allow the commercial operation of activities that, although not being of direct public interest, can be as profitable as they are socially costly. Casino gaming is the latter.

For these reasons, the operation of games of chance for profit is an activity reserved by law to the Macau Government; it may only be pursued by private entities that have been awarded (conceded) a contract with such scope. Gaming concession contracts have three important characteristics.

Firstly, they are awarded by public tender.

Secondly, they create scarcity by limiting the number of operators in the market (currently three concessionaires and three subs).

And last, but certainly not least, they are limited by time. At the end of their term the government may reassess its policies for the sector and make a judgment on the capacity of existing operators to pursue them.

The last time the Macau Government conducted such an exercise was in 2001, when it decided to move away from a monopolistic concession and launched an international public tender. The existing contracts are the culmination of such tender. They all end in June 2022 and, under the current legal framework, are not susceptible of being renewed.

They may, however, be extended beyond their 20-year term, one or more times, for a maximum of five years. This extension may only be granted on an exceptional basis under a justified decision of the Macau Chief Executive.

Neither the law, nor the contracts, prescribe what circumstances may justify such exception. Nevertheless, it is safe to assume that it may only be used if public interest could be substantially better served by not taking a definitive decision in respect of the issue of the concessions, within their maximum natural term.

This could happen in two scenarios:

(i) by reasons internal to the Government – if it is not able, for political reasons or otherwise, to complete the tender process in a manner that would guarantee a continuous and uninterrupted operation of the market;

(ii) by reasons external to the Government– if the macroeconomic and socio-political context in existence at the relevant time would advise against a change to the status quo.

One could argue that the current public health emergency is a textbook example of an external and extenuating circumstance that could warrant an extension of the contracts. However, Macau’s Chief Executive – the top government official who holds the power to grant it – has denied it.

In a rare glimpse of clarity over the government’s thoughts on the topic, the CE has revealed that the government will proceed with opening a public tender, that it has no plans to extend the current terms beyond 2022 and that there will be no tax reduction. It also added that a public consultation on the topic will be launched by the end of the year.

These statements were produced in April this year – just after the peak of the pandemic in China – during the government’s annual policy address. Now that the situation seems to have stabilised in China (by far Macau’s largest market) is there a case to revisit the CE’s predications? In my opinion, there is.

Firstly, the pandemic is far from being under control globally and there are no assurances that China will not be affected again.

Secondly, we are now more aware of its long-lasting consequences – social, economic, and political. This is particularly relevant for the casino-resort industry, which is highly dependent on the circulation of large numbers of people, social interaction and availability of disposable income.

Thirdly, the operators’ ability (or willingness) to invest – and thus to meet the government’s expectations as to their obligations under new contracts – is no doubt tampered by months of burning through cash reserves and credit facilities. This is especially true in Macau where operators have been obligingly performing as the region’s social safety net.

Lastly, and most importantly, it is hard to anticipate the changes in players’ behaviour that may outlast the pandemic.

As one of many possible examples, if the latest figures of online GGR are to be taken seriously, it is not wise to disregard the effects of competition from this segment going forward. Adding to the uncertainty, there are the risks arising from the global geopolitical landscape. This high-stakes game, of unforeseeable consequences, may impose on the local government decisions that may be contrary to the best interests of Macau and its people.

All of the above variables require careful observation and must be considered by the Macau government when identifying public policies and defining policy goals. These will influence the licensing structure, the standards and criteria for evaluating applications and, ultimately, how new concession contracts will look.

In a land where harmony is key, a new equilibrium must be found. One that can rebalance local socio- economic expectations with overarching national policy goals, in a context of increasing regional competition.

Against a remarkably fluid background, all stakeholders would benefit from buying time. This will bring clarity to some, if not all, current conjectures and hopefully help craft a new balance under a new leadership.

An extension is therefore warranted and a decision on the matter should be made swiftly and definitively. The prosperity of Macau must not be taken for granted as what has worked so far will most likely not succeed in the future.

Rui Pinto Proença is Managing Partner of MdME Lawyers and head of the firm’s Corporate and M&A practice. He specialises in mergers and acquisitions and also focuses on the gaming sector where he regularly acts for gaming companies in Macau and across Asia-Pacific region assisting government in emerging markets developing their gaming policies and regulatory frameworks.

Rui is the global chair of the Lex Mundi Gaming Solution, a network of law firms covering over 25 gaming jurisdictions around the world and a member of the Board of Trustees of the IAGA.