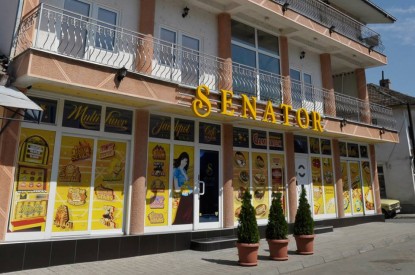 Senator Casino in the Macedonian capital of Skopje has been the subject of a race attack by local youths, protesting following the murder of a Macedonian school leaver.

The youth was stabbed and killed by a man of Albanian origin. The demonstrations in Skopje began peacefully but soon spiralled out of control as they looked to vent their anger on symbols of Albania in their country. Despite not being connected to the killing in any way, the Senator was targeted merely because it is owned by Albanian businessman, Zoran Talevski.

The armed crowd broke into the electronic casino and stole equipment, throwing them into bins and setting them on fire. Other rioters damaged equipment inside the casino using clubs. They prevented the fire services from attending to the fires forcing the police to intervene, resulting in clashes.