Malaysia-Malaysia would benefit from Singapore crackdown 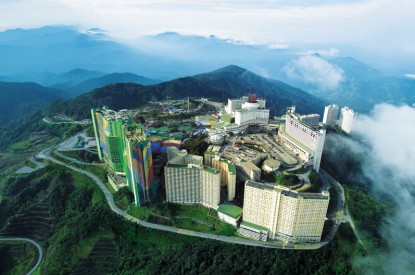 The CCA is looking at limiting the number of visits to casinos for anyone who gambles often and are thought to be financially vulnerable. The penalty for casino operators that breach the CCA could be increased to as much as 10 per cent of their gross gaming revenue with between 4,000 and 6,000 Singaporeans and permanent residents likely to be affected.

Alliance Research analyst Cheah King Yoong said: “We foresee that visitation of Singaporeans to Singapore casinos will decline going forward with the proposed amendments. On the other hand, we believe that Genting Malaysia could, to some extent, benefit from the spill over effect. Although the impact of the proposed regulatory amendments to Genting Singapore and Marina Bay Sands remains to be seen, we believe their respective operational and business risks would have increased substantially, should the amendments be implemented. We gather that there is an increasing trend of visitations by Singaporeans to Resorts World Genting. With the CCA becoming more stringent going forward coupled with increased cross-selling activities between Resorts World Genting and Resorts World Sentosa, we foresee visitations by Singaporeans to Resorts World Sentosa to rise going forward,” he added.