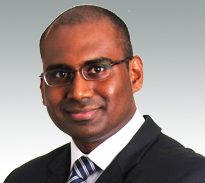 Malaysia is one of the most financially robust regions in Southeast Asia after becoming a free nation in the 1950s. With a large Muslim religion base there are strict gambling laws and the Common Gaming Houses Act and the Betting Act of 1953 banned betting houses. Lotteries are permitted and the Racing Act of 1951 permits horse racing with three horseracing courses for betting – Penang, Perak and Selangor Turf Clubs.

The only other form of gambling is via Genting Casino, which saw over 28.7 million visitors last year with total group revenues of RM10.41bn ($2.38bn) and a net profit of RM1.3bn. The resort has about 10,500 rooms across seven hotels and includes theme park, dining, retail and convention facilities. Online gambling, however, remains largely unregulated.

The first Covid-19 case was reported late January in Malaysia. On March 18, Prime Minister Muhyiddin Yassin officially set up the Movement Control Order closing non-essential businesses, border and school closures and later lockdown in specific locations. By mid-April the numbers began to drop and the Recovery Movement Control Order was introduced on June 10 to run until August 31, with a gradual lifting of restrictions.

A worldwide advertising campaign ‘Visit Malaysia 2020’ was put in motion and this year was supposed to be a bumper year with the expectation of 30 million tourists. It is now predicted Malaysia will lose 60 per cent of its tourism business by the end of the year. The #TravelLater brand is now being used to encourage domestic tourism and one idea is community based tourism in rural areas to revive local economic activities.

Resorts World Genting was closed down on March 18 and re-opened on June 19 with enhanced safety measures in place. Initially, entry into SkyCasino and Genting Club was restricted to Genting Rewards members only. The casino also launched the MySejahtera Check-in so visitors can register via the App prior to their visit.

The occupancy rate at the resort’s six hilltop hotels was 95 per cent last year, whilst forecasts predicted that if the market recovery begins this year, 2020 group revenues would be just under RM4.38bn – about half of the group’s revenues last year. However, it has been predicated that annual revenues for Genting Malaysia may not return to 2019 levels until at least 2022 as a result of the Covid-19 pandemic.

The 2019 group revenues were just under RM10.41bn ($2.38bn) up from RM9.92bn in 2018. Gaming operations account for around RM7.65bn with non-gaming (hotels, food, transport) make up the remaining. This covers Malaysia, UK and Egypt and the US and Bahamas. Malaysia is the company’s biggest earner and revenues for this region amounted to RM7.18bn compared to RM6.67bn in 2018.

The first quarter 2020 review stated: “The COVID- 19 pandemic and the preventative measures taken by the governments worldwide have placed significant pressure on the respective countries economies. The tourism, leisure and hospitality and gaming industries are among the hardest hit by this unprecedented crisis.

In Malaysia, the pandemic and Movement Control Order (MCO) that began on March 18, has impacted both external and domestic demand, resulting in marginal economic growth and the weakening of the labour market conditions. However, economic activity has gradually resumed since the government eased the MCO, which allowed more businesses to operate.

Meanwhile, Number Forecast Operators (NFO) re- opened their doors after three months of closure in mid-June. The number of NFOs was reduced from 11 to eight last year with big players mainly Berjaya Sports Toto (BST) and Magnum Bhd. The 90 day lockdown saw 39 fewer NFO draws, although ticket sales were expected to return to normal.

Berjaya operates Toto betting under the Pool Betting Act 1967 and is the market leader in Malaysia among
all the NFOs with 680 outlets offering eight games. BToto saw revenues of RM3.64bn last year, whilst total group revenue (including also the Philippines, US and UK markets) for FY19/20 was RM4.65bn compared to RM6.69bn ($1.61bn) the year before.

The group posted a lower net profit of RM134.2m saying it was impacted by losses in the Q4 2020 to due lockdown measures. BToto said Sports Toto cancelled 40 draws between mid-March and mid- June due to the MCO in Malaysia.

Even before the Covid-19 pandemic, the earnings of the gambling industry have been adversely impacted by the tax hike imposed by the Malaysian government on casinos. The casino duties have been raised to 35 per cent from 25 per cent of gross gaming revenue. Further, gaming machine duties was increased from 20 per cent to 30 per cent on gross collection.

The gaming industry was further impacted by the government’s decision to increase the annual casino licence fees from MYR120m to MYR150m, and machine dealer’s licence fees to MYR50,000 a year from MYR10,000 a year.

Due to Covid-19, Malaysia closed its international border for a few months. This worsens the situation for the gambling industry given that approximately 60 per cent of the Malaysian population are Muslims and they are not allowed to gamble.

If a Muslim is implicated in the activity or has harboured money gained through gambling activities, he or she is punishable under the Islamic Syari’ah law. As such, the Malaysian gambling industry relies heavily on the non-Muslims in Malaysia and foreign tourists.

Even though in June 2020 Malaysia had slowly reopened its international border with restrictions, there is still ongoing social distancing and other standard operating procedures in place for casino operators.

Given the massive 17.1 per cent gross domestic product (GDP) contraction in the second quarter 2020 (2Q20), and the uncertainty in the economy, Malaysian consumers have also shifted their spending power to mainly essential goods and services.

Sri heads the Intellectual Property, Sports and Gaming Practice Group which mainly focuses on intellectual property law in relation to both contentious and non- contentious work. He also represents and assists clients on matters relating to sports and gaming.

Xin Ying graduated from the University of Manchester and was admitted as a Barrister-at-Law in 2016 and an Advocate and Solicitor in the High Court of Malaysia in 2018. She practises mainly in the area of Information Technology, Intellectual Property, Sports and Gaming in relation to both contentious and non-contentious work.