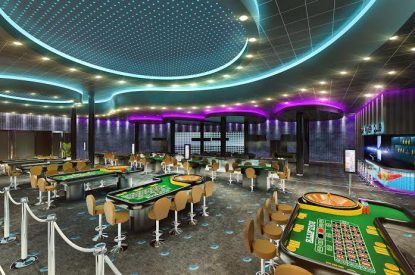 The Superior Court of Justice in the Balearic Islands has rejected the legal recourse put forward by the Casino Platja de Palma and ruled in favour of the executive branch’s decision to allow the Gran Casino Teatro Balear to open up the second casino in Majorca’s capital.

The court gives the Gran Casino Teatro Balear the right to operate a casino on the Comptat del Roselló de Palma square. The court also backed up the decision of the Ministry of Economy and Competitiveness, which had also ruled in favour of a second casino.
While the Supreme Court’s decision puts an end to the legal action brought against it by Casino Platja de Palma to open up another casino in the capital the casino still faces a number of legal challenges and obstacles. Earlier this year Palma’s city council decided not to grant building permission for the Casino Gran Teatro Balear because its violated a number of zoning rules as it will be constructed in the centre which is a zone of historical interest.

In addition while building work was underway and the operator had adapted heating and air conditioning for the sum of around €50,000 its competitor denounced the works before the City Council and in court and the city council sealed the premises after officials were prevented from entering the premises to verify the veracity of the claims. Last week 180 workers who will be employed by the casino appeared before the the mayor of Palma José Hila asking that the licence be granted as soon as possible.

Gran Casino Teatro Balear won the licence back in December 2013 and the casino should have opened in November 2014 but it has suffered a number of legal delays and setbacks. The Palma City Council has insisted in recent years that the casino breaches a number of planning regulations arguing that the total gaming floor area of the premises is over 300 square meters allotted to it, it has no parking spaces and the building is adjacent to private homes.

If the casino is finally given the green light by the city council it will cost €10m. It will see the renovation of the old theatre bringing a casino, conference, restaurants, bars and an auditorium to the space. It will include 70 slots and 13 gaming tables and bingo.