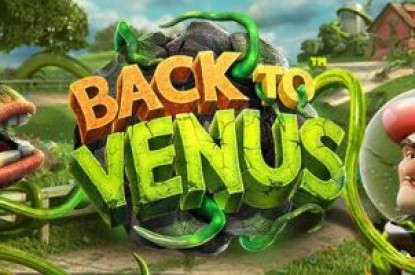 Betsoft Gaming has announced its latest release, Back to Venus, a sequel that takes players on the next stage of the alien journey that began with It Came from Venus.

The Back to Venus slot features five reels and 20 paylines, with features including its Second Chance, Prickly Sticky and Respin features, allowing players to randomly select a symbol and re-spin until they hit a win with that symbol.

Annamaria Anastasi, Marketing Director, Betsoft Gaming, commented: “We are always looking for differentiation without compromise within the marketplace. Back to Venus fits this bill as it includes classic Betsoft content with some fantastic innovations and new features.

“It follows our ‘sequel’ strategy of keeping the best stories fresh but adding in winning features to challenge gameplay. Based on current feedback, we anticipate an enthusiastic reception from our players.”

Back to Venus will join Betsoft’s portfolio of video slot games including Take the Bank and recently released Monster Pop.