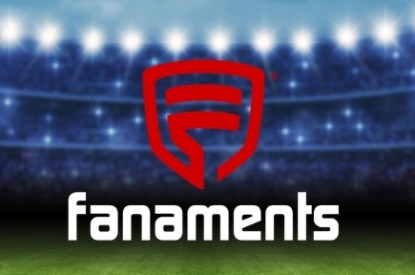 Fanaments, the only multi-sport fantasy provider in Europe, has been awarded their UK betting license.

In contrast to industry competition, the Icelandic-based firm offers users not only a variety of football competition-based tournaments, including the English Premier League, La Liga and UEFA Champions League, but NBA basketball, MMA and PGA golf as well.

Since their initial launch in August of last year, Fanaments has grown by at least 100 percent month-on-month having paid out over €300,000 in winnings. Football and perhaps more surprisingly, their offering of basketball are the main factors for the exponential increase in growth.

The operator, who plans to capitalise on first-mover advantage, is confident that their real time data product, user incentives, variety of games and their large operational jurisdiction will ensure they are always a step in front of their competitors.
The Maltese-licensed platform, headed up by co-founders Bragi Ægisson (CEO), Arnor Davidsson (CPO) and Gudmundur Sveinsson (CTO), allows users to choose a different team each game day.

Ægisson explained: “It is very exciting that we are the only multi-sport fantasy service on the continent. It was clear to us that there was an over reliance on football and so our objective is to satisfy the craving for additional sports.

“Our launch co-insides very nicely with prominent sporting fixtures this week. London will be treated to NBA’s Magic v Raptors game as well as the mammoth Premier League tie between Liverpool and Manchester United on Sunday.

“Fanaments are expecting a strong reception, to what is a high-profile week within the sporting calendar, as we aim to inject further excitement into a variety of sports events.”