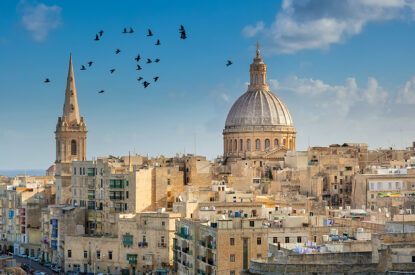 International news outlets reported today on the arrest of Yorgen Fenech, a prominent businessman, in connection with the murder of Daphne Caruana Galizia in Malta two years ago. Mr. Fenech was detained by armed officers after his yacht was intercepted and searched. Ms. Galizia, an anti-corruption blogger, was killed by a car bomb in 2017.

Malta’s Prime Minister has referred to Mr. Fenech as a ‘person of interest,’ stating that his arrest is part of an ongoing investigation. Mr Fenech was formerly a director of both the Maltese energy company, Electrogas and the head of the Tumas Group, of which Tumas Gaming is a subsidiary, which owns the Oracle and Portomaso Casinos in Malta, in addition to the website portomasogaming.com. The Tumas Group, a business consortium registered on the island is estimated to be worth over €350m and includes assets in property, gaming, hospitality, energy and shipping.

Mr. Fenech’s resignations will put a little distance between him and the businesses in question, though in most cases he remains a shareholder with family members taking up his vacant positions. In addition to the murder investigation, Malta’s Financial Intelligence Analysis Unit has linked Mr. Fenech as being the owner of Dubai-registered company, 17 Black. In a report from the Council of Europe, “17 Black had been expected to make large monthly payments to secret Panama companies owned by senior Maltese officials and had also received large sums of money from an Azerbaijani national.

The story is expected to evolve into a national scandal, one which had started to be uncovered by Mr. Galizia before her murder. Ms. Galizia was known in Malta as a one-woman WikiLeaks, crusading against corruption in Malta.