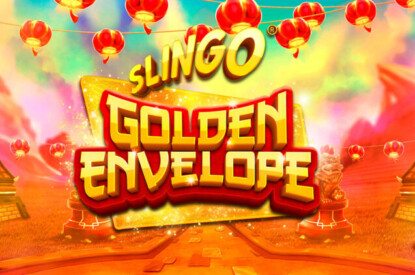 Gaming Realms, a leading provider of mobile-focused gaming content, is taking players on a trip to the Orient in its latest launch Slingo Golden Envelope.

Featuring the supplier’s popular and high-performing Slingo™ concept, players will be actively engaged with this Asian-inspired title, with each spin revealing five numbers. These must correlate to those randomly generated on the title’s game board and in turn will mark its position.

With a goal of creating lines of marked numbers across the grid, players will be awarded incrementally increasing prizes for each winning line attained. Aiding in this task are wilds in the form of coins which allow players to choose which position to mark next and can be key to creating multiple winning lines at once.

Additionally, free spins can be activated, allowing for more numbers to be drawn and creating extra win potential. This is essential to climbing to the top of the prize ladder which will grant the game’s generous Golden Envelope bonus, awarding up to five varying jackpot levels.

Red Envelope symbols can occur along the way within this multifaceted release, with at least eight needed across the reels and gameboard to unlock a bonus feature where players will choose from varying mystery instant win prizes, additional picks or a multiplier.

Slingo Golden Envelope is the first release of 2023 for Gaming Realms, kickstarting what will be an exciting year with a wide selection of innovative and entertaining content to be delivered.

Gareth Scott, Chief Commercial Officer at Gaming Realms, said: “Slingo Golden Envelope focuses on creating crescendos of excitement for players in both the base game and free spins round. “With so many different features present, direct player engagement and decision-making is a core component of any Slingo release. Slingo Golden Envelope delivers an immersive and popular Asian-inspired aesthetic and is sure to be a hit with players around the globe.”