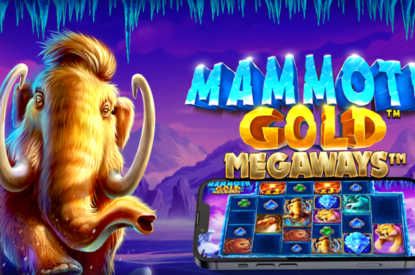 Videoslots has reaffirmed its position as the leading online casino with the release of its 9,000th game.

The launch of Mammoth Gold Megaways by long-time partner Pragmatic Play has bolstered Videoslots’ already comprehensive portfolio, allowing it to provide customers with the industry’s widest range of titles from some of its biggest names.

Videoslots announced the launch of its 8,000th title in August 2022, meaning it has only taken five months to release 1,000 additional games.

The huge choice and variety leaves a number of Videoslots’ rivals in the shade, ensuring it retains the honor of being the world’s largest online casino.

Key agreements and partnerships with some of the industry’s leading studios has added an exciting new path for Videoslots to venture down, with 10,000 games now firmly in its sights.

Henrik Enesund, Head of Casino at Videoslots, said: “Reaching 9,000 games is a big milestone for us, and it shows the continuous hard work that everyone at Videoslots is putting in. It is fitting that the 9,000th game launch is from Pragmatic Play, with whom we have a longstanding partnership.

“However, we will not stop at 9,000 and we will continue to add more games to our ever-expanding library of slots, table games, scratch cards and more.”

A spokesperson for Pragmatic Play said: “We’d like to extend our warmest congratulations to Videoslots for hitting such an impressive milestone. 9,000 games is a fantastic achievement, and we’re delighted that many of our top performing titles are included in its library of slots, with Mammoth Gold Megaways being the landmark hit.

“We’ve collaborated for a long time and look forward to providing even more player-favorite slots to Videoslots for the years to come.”