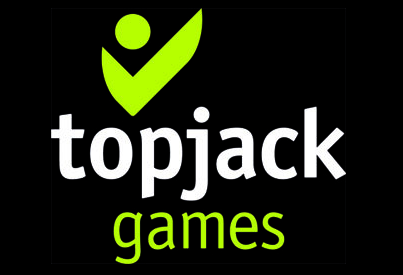 The deals are coming thick and fast for instant jackpot pioneer Topjack Games, who has secured its third white label deal in less than two weeks from launch.

uWinBingo.com was the third business to sign a white label deal with Topjack Games. A spokesman said: “We are looking forward to advertising the world’s first E2m jackpot. By the end of 2012, Topjack Games will provide jackpots at both E5m and in 2013 jackpots of E10m. This unique product will really help us retain, acquire, and convert players. Topjack clearly understands the marketplace and its operators and has developed a product that we can really use.”

The Lloyd’s of London insured business was launched just a few weeks ago, offering both players and partners access to multi-million instant win jackpots on slots, instant lottery, keno, video poker, blackjack, roulette and bingo that do not require player liquidity or jackpot seeding.

Topjack Games founder Nick Lynes added: “We launched only a few weeks ago and have enjoyed a huge amount of interest and have signed a white label deal every week.  Our partners see the benefit of being first to market with our instant win multi-million & multi-currency jackpots. We are the first company to offer mega instant jackpots on all games not just slots and we have much bigger jackpot prizes and games to come.”

This fresh approach to online jackpots received the approval of the Malta Lotteries and Gaming Authority who awarded Topjack Games its Class 1 gaming licence – the first in the world for games with a 100 per cent insured prize payout.

The first licence went to Eseguire Limited just seven days after the launch. A spokesman there said: “We have been waiting for a business like Topjack Games to appear. We are thrilled to be able to offer our players instant win lottery and mega jackpot casino games. These ever increasing multi-million dollar jackpots will aid our acquisition and retention marketing campaigns. We anticipate a large market for these products,” he said.

Topjack Games released three games for white label. The first is an instant win online version of the traditional 6/49 lottery game. Players simply have to pick six numbers from 49 with a £$E2m jackpot. The second game is a tailored lottery where the player selects a monthly wage and how long they would like to be paid the wage for. The top monthly wage selection is £5,000, E6,000 & $7,000 per month. The third game is the world’s first multimillion jackpot instant bingo game with 60 from a possible 90 balls being drawn. Prizes are awarded for matching one, two and all three lines with a bonus round where players will play for an instant £$E2m jackpot.