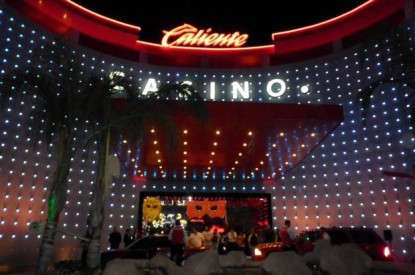 The President of the Caliente Group and the former mayor of Tijuana, Jorge Hank Rhon has criticised new taxes on gaming in the state of Baja California and warned of the damage it will cause to the economy, especially to tourism.

Mr. Rhon argued that for the gaming sector the new taxes puts it at a disadvantage especially for those casinos that are located on the border, since they also compete against casinos that are in the United States. As a result the new state taxes on casinos in Baja California will cause tourism to descend in the region as players are not taxed across the border on winning bets he said.

Mr. Rhon also denied that his consortium does not pay enough taxes, as some politicians have argued in the past saying that the new tax “is going to hurt us, not only us, but the players,” he said.

According to Rhon lawmakers have imposed the new taxes on the industry, “without study or consideration,” while the Governor Jaime Bonilla Valdez “is looking from where to get money from to be able to invest in the state”, so he created other state taxes that will also affect hotel and restaurant owners. Rhon argued that the new tax will backfire as players will bet in locations where they are not taxed on their winnings.

“In the search to raise more, unfortunately they will raise less,” he said.

Among the modifications to taxes on casinos, the state recently imposed a 10 per cent increase on gamblers when they win, a proposal made by the governor to the state Congress and approved by the majority of the deputies of the left wing Morena party.

In December the Congress of the State of Baja California approved a new tax on gambling. The new measure was passed by 15 votes in favour and 2 against. The new state tax took effect on January 1, 2020 and was put forward by Governor Jaime Bonilla Valdez. The new tax will mean a windfall for the state. Baja California has the most casinos in the country. Of the 344 casinos that exist throughout Mexico 44 casinos, 12 per cent are located in Baja California. Up until now tax collection has been very low, standing at just 144,000 pesos per month. The tax charges to casinos in Baja California could increase to as much as 1.1 billion pesos a year, an amount 900 times larger than the amount generated before the amendment to the Baja California Treasury Law.