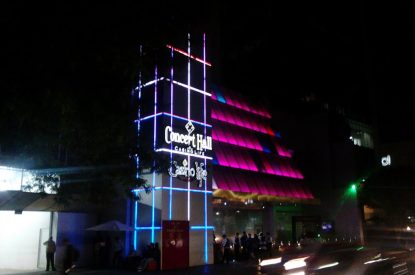 The establishments have been identified as: the Caliente Casino, Casino Emotion, Casino Life and the Palace Casino all located in different neighbourhoods throughout Mexico City.

Owners now have less than a week to submit the necessary documentation to prove that they have not violated local gaming laws and that they have a valid permit to operate. More site inspections will be carried out throughout the city in the coming weeks.

The news comes at a time when new gaming legislation is being put before the Lower House of Deputies for approval. In what could prove to be a crucial year for the local gaming industry, new details are emerging as to how Mexico’s new gaming laws could pave the way for large scale casinos in resorts in tourist hotspots.

Fernando Zárate Salgado President of the Commission of Gaming in the Chamber of Deputies told local press on Friday that the new gaming act will cover every aspect of the industry apart from lotteries and will include sports betting including horse tracks and dog racing tracks.

At the same time the law will ban the so called “umbrella” licences whereby operators were able to operate a number of slot parlours and sports betting shops under a single licence. Instead, each casino or gaming establishment will be issued a single licence per gaming establishment. However lawmakers are yet to agree on the duration of licences in the future and whether they should be valid for ten, twelve or fifteen years.

Speaking after chairing the meeting, at which the draft of the initiative was presented to the House, Mr. Salgado said that gaming legislation in Mexico has not been changed since 1947 and that today “the social, political and economic conditions in the country are totally different.”

The bill will also create a new gaming body which will “give certainty to investors in the industry and citizens when it comes to developing games with peace and security,” he said while safeguarding against fraud and money laundering. As part of this process operators will also be obliged to install systems that will record all bets and transactions and retain records for at least 180 business days.