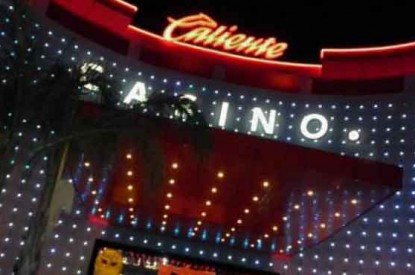 Luis Humberto Fernández Fuentes, who is with Mexico’s Partido de la Revolución Democrática (Party of the Democratic Revolution, or PRD) and member of Mexico’s National Anti-Corruption and Citizen Participation Commission in the Senate has welcomed the decision of the Institutional Revolutionary Party (PRI) party to include in its legislative agenda for this session, gaming law reform.

New gaming legislation would, he said, be vital in order to prevent corruption and would provide a much greater deal of transparency when it came to the granting of licences in the future.

Fernández Fuentes, said that the recent granting of a gaming licence for a casino in San Nicolas, Nuevo Leon, was further evidence of how the proliferation of gaming was being permitted without taking the social impact of gaming into account.

The Senator stressed that new legislation was necessary as Mexico’s gaming laws were now obsolete due to the ways that licences were being granted under present rules. He also said that new gaming rules should address gambling addiction and should be geared to raising more income in order to help those most in need.

Fernández Fuentes, who also serves as the Secretary for the Board of the Senate, said that new gaming laws should go much further and ensure that there is more transparency when it comes to the granting of licences and that those licences which had been granted erratically in the past should be revoked. The Senator made the statements after the PRI caucus in the Senate included gaming law reform in its legislative agenda. New legislation is necessary he said especially as a spate of new permits were granted before the end of the last Senatorial six year term which ended in 2012.
Concerns over a lack of transparency over the granting of permits are growing.

In July the mayor of the municipality of San Nicolás Víctor Fuentes Solís, appealed against a judgment passed by a state court in favour of a Caliente casino, which was closed by the municipality in December last year. In addition to the Caliente casino, the Monterrey Revolution casino, also according to local press, plans to open its doors after being closed three years ago by the municipality. The issue of local courts and casinos is one of the most controversial aspects of the Mexican gaming industry and many casinos have in the past been able to remain open or avoid closure after they have sought protection in local courts.

Under new rules now being considered in the Mexican Senate slot parlours and sports betting shops will no longer be able to rely on stays of closure and protection from local courts if they are found to be in contravention of their licenses. Instead under present proposals, operators currently operating a license under the terms of the old 1947 Raffles and Gambling Act will be allowed to operate until their licenses expire but will then have to reapply for a new license and meet the requirements stated by the new act.