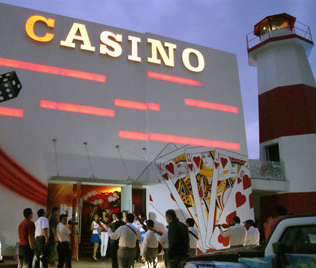 Going into effect last week the decree bans casino licence holders from renting out their permits to other operators and states that operators may no longer assign the rights to operate gaming establishments to third parties. It also sets a 25 year limit for gaming licences and grants the Mexican Gaming Control Board, which is part of the Interior Ministry (SEGOB), wider powers when it comes to end the licences of those operators found to be operating illegally.

Miguel Ángel Ochoa Sánchez, a spokesman for the AIEJA said that the new decree paved the way for a new gaming act and created a much clearer legislative framework for operators. He also welcomed the President’s decision as the decree drew a clear distinction between illegal and legal slot machines.

The Presidential decree was enacted primarily in order to avoid an imminent ruling of Mexico’s Supreme Court regarding the legalisation of slot machines. In October 2012, a few weeks before leaving office, ex President Felipe Calderon had reformed gaming regulation to clarify that slot machines were banned, except those which had been given permission to operate by the government. However, in response to this the Chamber of Deputies challenged the ruling before the Supreme Court, arguing that Mexico’s gaming laws prohibits slot machines without any kind of distinction.

With President Nieto’s reform now in place the Supreme Court will no longer have the legal requirement to discuss the legality of Calderon’s order meaning that slot machines in casinos may continue to operate. This is because according to the new decree slot machines classified as “sweepstakes of numbers or symbols through machines” are permitted.

Reacting to the new decree Miguel Ángel Ochoa Sánchez said: “We see that the act clarifies that those who may continue to work in the industry are those who have permission to do so by the government and it closes the door to those so called casinos which work underground.” He went onto point out that there are around 90 thousand slot machines which are licenced by the government compared to an estimated 200 thousand slot machines operating illegally in the country.