Mexico – Mexico under the spotlight at Juegos Miami 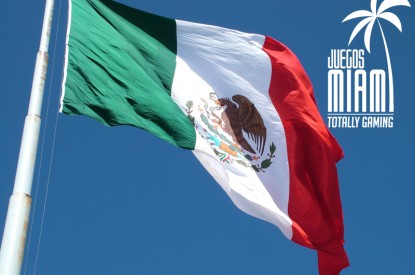 Rodrigo Galvan, Managing dDirector at JSJ Gaming, will discuss Mexico’s gaming industry when he leads a regional roundtable at the inaugural Juegos Miami (The Biltmore, Coral Gables, May 31 to June 3).

Among the talking points will be the potential of a market, which has a population of close to 120m and includes 60m internet users, 12m fixed-broadband subscriptions and 11m mobile contracts – placing it among the world’s top 10 most connected countries.

Mexico could be set for a gaming explosion in the next few years thanks to potential changes to archaic laws and the country’s impressive broadband penetration. A number of regulatory hurdles have been cleared including the Supreme Court ruling in January which declared that video lottery terminals and Class II and Class III machines are allowed in the country under the Federal Law of Gaming. Online gaming could also soon be declared legal for the first time should a replacement for the Federal law, which dates back to 1947, be passed by Mexico’s Senate after being approved by the Chamber of Deputies in December 2014. Under the new regulations all online operators would have to base their servers in Mexico, while a new regulator for the nation’s gaming industry, the National Institute of Games and Lotteries, is to be introduced.

While the bill progresses through the upper house, Galvan believes the gaming industry could actually thrive regardless of the fate of the new legislation.

He outlined: “The objective of the new law is to increase the tools for the regulator to control gambling activities and ban illegal land-based or remote operators. The approval of the bill would be a great mechanism to enhance the Mexican gambling market. Otherwise, the Secretariat of the Interior (SEGOB) has enough faculties to create secondary rules, which may have almost the same scope and effects. Despite the uncertainty, currently there are enough regulatory conditions to perform legally in Mexico.”
“We have to take into consideration the existing opportunity in Mexico, being the second country in Latin America in terms of fixed and mobile broadband internet usage,” Galvan said. “Gamers are likely to play all type of games that fall into the category of games of chance and raffles, but specifically bingo, lottery, electronic bingo and table games.”