Mexico – Mexico to open 25 casinos in the near future 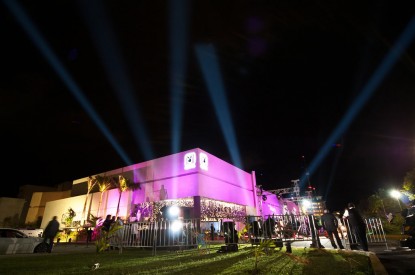 The President of Mexican gaming organisation ASPJAC (Asociación de Permisionarios y Proveedores de Juegos y Sorteos, A.C) Alfonso Pérez Lizuar has said that 25 new gaming centres could open in Mexico, many of them before the end of the year.

The new casinos will replace those which have been closed down by the Interior Ministry (SEGOB) which revoked the licences of a large number of casinos in the states of Monterrey, Coahuila and Chiapas as well as in a number of other states. Mr. Lizuar went on to say that the total investment for each casino will stand at between US$12m and US$15m.

The majority of these casinos had already received approval by the Directorate General of Gaming, within the Interior Ministry and hope to be fully authorised before the end of this year after inspections are carried out by the regulatory body.

According to industry insiders, it is believed that operators are keen to begin operations as soon as possible in case they lose their license ahead of Mexico’s new gaming act which could be passed before the end of the year. The House of Representatives passed Mexico’s new Federal Betting and Raffles Law in December last year and the bill is now due for debate in the Senate.

During the drafting of the bill in the lower house SEGOB closed a large number of casinos throughout Mexico as it paved the way for the new act. Crucially the law in its present form will ban the so called “umbrella” licences whereby operators were able to operate a number of slot parlours and sports betting shops under a single licence. However, it is believed that those centres which had already been granted a licence before the new act will be permitted to continue to operate.

In 2014 SEGOB closed down a number of casinos in Nuevo Leon, Coahuila and Chiapas and revoked (amongst others) the federal permit that had allowed EMEX (Entretenimiento De Mexico) to operate up to 50 gaming centres in the country. SEGOB’s actions were part of a more thorough investigation into licences many of which were first granted in 2005. From 2012 until 2014 Segob closed around 100 gaming centres. This was after SEGOB confirmed that licences handed out under previous administrations were incomplete and in a state of disorder.