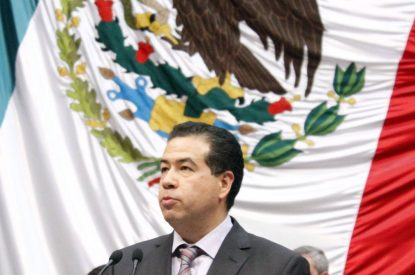 The initiative for a new gaming law in Mexico is 90 per cent complete according to Deputy Ricardo Mejia Berdeja, chairman of the special commission on casinos.

In an interview, the lawmaker said that one of the most important points of any new gaming act which would be put forward for approval has all been agreed on between Congress and the Interior Ministry (SEGOB), namely the creation of a new National Institute of Gaming, which would replace the current body responsible for regulating the industry.

Under current rules Mexico’s Interior Minister is responsible for oversight of the industry and both Miguel Angel Osorio Chong head of SEGOB and Ricardo Mejía Berdeja have been working closely together to draft a new gaming law.

“The biggest part of the law has already been agreed on to a certain extent such as the creation of a decentralised agency,” Mr. Berdeja said. “This is an institute, the most important function of which would be verification, inspection, surveillance and to combat gambling addiction.”

According to Mr. Berdeja a new independent regulatory body is also one of the topics which has the greatest consensus so far amongst lawmakers. The new regulatory body would be responsible for granting permits, monitoring compliance and would also be responsible for shaping public policy when it comes to gaming. The new body would be made up of the head of the Interior Ministry, more than five heads of different government departments as well as specialists from the gaming business amongst others.
Momentum has been gathering steadily for a new gaming act ever since the committee charged with investigating the gaming industry first went into session in 2013. It is believed that a new gaming law could be up for debate before the end of the year.