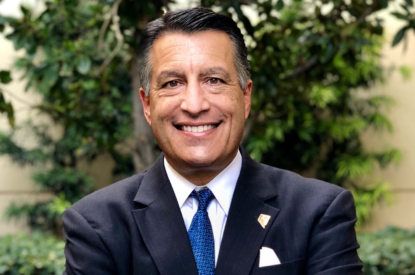 Why has MGM Resorts International selected Osaka as its preferred IR location?

Osaka has over the last few years firmly stated its intention to host an IR. Osaka is located in the heart of Kansai, which is rich in culture, tourist attractions, and innovation, and has terrific transportation connections by air, rail and sea. Osaka is an incredible city that is passionate about business, food, and having fun. MGM and our Japanese partners intend to deliver a Kansai-focused IR that will wow visitors from far and wide.
Osaka is expected to select its operator in 2020. What is MGM Resorts International doing in the meantime to put all the elements in place of a successful bid?

MGM is working very hard, along with our Japanese partners, to prepare for an RFP later in the year. We are also spending a lot of time on the ground in Osaka providing information to the general public, local communities and local businesses so that they can properly understand the many benefits to them of an IR in Osaka.

How does MGM Resorts International’s partnership with the MLB fit into its plans for Japan?

MGM wants to be a trusted partner with Japan and with Osaka. We believe it is important that we create opportunities to showcase Japanese art, culture and technology outside of Japan, and to build cultural bridges between Japan and the United States. Our partnership with MLB was designed to build bridges with Japan. We did not realize that this specific bridge would be quite so special as it was. We are honored that we could be involved with the last chapter of Ichiro Suzuki’s truly remarkable baseball career.

What are the MICE requirements for the IR in Osaka?

Osaka’s target for visitation is reportedly 25 million visits annually – is that true/realistic as Macau had 36 million visits for the whole of 2018?

Osaka’s target visitation to the IR of 25 million is realistic. We expect that the IR will attract both international visitors, as well as people living in the Kansai region and Japanese tourists from other parts of Japan. Regional IRs in the United States, including MGM’s properties in Detroit and Maryland, receive more millions upon millions of visitors every year.

Unlike other jurisdictions, Japan is permitting only a small number of very large IRs, which will therefore attract a much greater number of visitors from further away, including from foreign countries. Also, the offerings at the Osaka IR will be more extensive than any other IR in the world and will therefore be able to induce significant numbers of new foreign and domestic tourists to Osaka.

If the visitation figure is split with 24 per cent gaming and the rest non-gaming visitors, how does MGM attract such a large non-gaming audience and ensure this business is profitable?

We believe that a number of these “non-gaming” visitors are likely to spend money in the casino. By way of example, only five per cent of people that come to Las Vegas say that they visit primarily to gamble, yet 74 per cent of them actually gamble.

How does MGM ensure that its IR presents a safe and secure environment that will be beneficial for the people of Japan?

The Government of Japan has studied this matter extensively and has established good strong regulations in this area. In addition to observing all of Japan’s responsible gambling regulations, many of which reflect global best practices, MGM will be using highly advanced responsible gambling systems and programs, such as GameSense, which is deployed at all our United States properties.

GameSense is a ground-breaking responsible gambling program created by the British Columbia Lottery Corporation. GameSense is an award-winning platform to provide timely and user-friendly information on the rules of games and tips for keeping a patron’s gambling safe and fun. In recognition of the impact of GameSense, in 2018 the National Council on Problem Gambling awarded MGM its top honor for corporate initiatives, the first time this award was presented to a gaming company.

What elements of Japanese culture, technology and philosophy will be incorporated into MGM’s IR in Osaka? How do you achieve this while respecting all those elements?

MGM Resorts has a full-time development team in Japan and for the past several years has been engaged in discussions in Japan’s cultural and business communities. We have been preparing for this possibility by becoming immersed in Japanese culture to better our understanding of Japan’s unique history and heritage.
We will work closely with our Japanese partners to evolve our initial thinking and together creating a lasting, memorable focal point for leisure and entertainment for guests. MGM believes an IR in Japan must be developed uniquely for Japan and like nothing ever seen before.

We want to provide guests with a new IR destination experience that is uniquely Japanese. Japan is advanced in technology innovation. It is also known as the best in class in terms of hospitality, rich in arts, culture and food. We respect the spirit of “Omotenashi” and Japanese vibrant traditions. We have already learned so much from Japan that we have been able to export to other markets in which we operate.