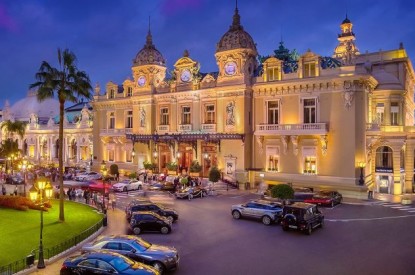 Pascal Camia, Director of Gaming at SBM, confirmed that the historic building would be refurbished. “We will reorganise our gaming offering throughout the casino. We will create a fun terrace for players and make our gaming floors more accessible. Monaco remains a reference point in the world of gaming, a sought-after destination for its know-how, remarkable places and an unparalleled framework in the world,” he explained.

The group will also invest in upgrading its slot machines and site three new table games; Black Jack 21 + 3, Punto 2000 and Roulette Monte Carlo. The group’s Sun Casino, located in the Fairmont hotel, will close in 2022.

The move comes following a year in which SBM has sought to reinforce its conviction that Monte-Carlo offers the most exclusive experience in Europe.’ SBM has managed to boost its revenues by 11 per cent over the year, generating revenues of €526.5m, up from €474.6m a year earlier with improvements across all sectors of its activity. Gaming now accounts for 41 per cent of the group’s total revenue.

Whilst moving in the right direction, SBM still recorded an operating loss of €9.6m, an improvement on a loss of €27.1m for the previous year. The group benefitted from the opening of new boutiques in the Hôtel de Paris and in the new real estate complex at One Monte- Carlo. Gaming represents 41 per cent of the group.

Although improving slightly, the hotel sector still remains in deficit, ‘mainly due to the renovation of the Hotel de Paris.’ Whilst the hotel was able to benefit from a better capacity than in previous years, with an average capacity of 97 rooms in 2018/2019 compared to 56 previously, it is not yet up to the capacity reached before the start of the renovation, when it offered 182 rooms. This has cost the group around €7m in 2018/2019 compared to €10m the previous year.

Although SBM is still cautious about its outlook, it highlights the fact that business in the first quarter of the current fiscal year, from April to June, was up 22 per cent compared to last year.

The priorities of the group remain the continuation of the revival of gaming activity and the rise of the Hotel de Paris and the One Monte-Carlo, with the objective of positioning the Group S.B.M. as the Resort of Excellence in Europe for gaming, hotels, residential and luxury retail.

One Monte-Carlo, the company’s new conference centre, launched in the summer, looking to create ‘a new dimension’ to SBM’s tourism business with 300-plus events the company hosts each year. Opening alongside Hôtel de Paris Monte-Carlo and Hôtel Hermitage, the underground centre boasts nine conference rooms, including the spectacular Salle des Arts, a 300-capacity conference room built as an exact replica of the former Sporting d’Hiver.

The group is also pushing forward with its tournament tourism. September saw it hold its second Punto Banco tournament with the highest prize pool in Europe, at €1m, attracting 56 players from 21 countries.

Mr. Camia added: “The €1m Punto Banco tournament is part of our strategy for revitalising traditional casino games, which has been promoted for almost four years. This strategy aims to make Monte Carlo the most exclusive experience in Europe, in terms of gaming and lifestyle. This Punto Banco tournament perfectly illustrates the process. It is because of the framework in the roadmap of our President Jean-Luc Biamonti, who wanted to focus on the revitalisation of table games at Monte-Carlo Casino, that we proposed this tournament with the most unique Prize Pool in Europe. I would like to thank our casino team because their efforts to meet the expectations of a demanding clientele, have contributed to the dynamism of the core business of our group.”