Monaco – SBM reports sharp rise in revenues over its half year 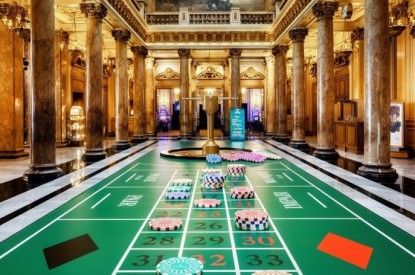 It is recalled that the S.B.M. Group held since May 2009 a stake in the capital of Betclic Everest Group, an online gaming group.

The S.B.M. Group announced on 1 July that its subsidiary, Monte-Carlo SBM International transferred on 30 June 2022, by way of sale and contribution, the entire 47.30 per cent stake it held in Betclic Everest Group to FL Entertainment, incorporated under Dutch law.

The transaction, which valued SBM International’s share of BEG’s share capital at €850m, was settled half in cash and the other half by the delivery of shares in FL Entertainment, enabling SBM International to hold 4.95 per cent of the voting rights and 10.39 per cent of the effective economic rights of that company. FL Entertainment has been listed on the regulated market of Euronext Amsterdam since 1 July 2022.

The operator stated: “While the S.B.M. Group’s activity is part of a context of gradual exit from the health crisis and remains dependent on the evolution of the geopolitical context with the war situation affecting Ukraine and the crisis with Russia, the remarkable results observed during the first six months should make it possible to record a further strong increase in operating income in 2022/2023. Based on the information available, we can expect to achieve a higher operating result than in the record financial year 2007/2008. During this financial year, the S.B.M. Group recorded an operating profit of €64.1m, the highest level since.

“The transfer of the entire 47.3 per cent stake in BEG to the Dutch company FL Entertainment, resulting in an exceptional profit of €813.5m in the consolidated financial statements of the S.B.M. Group for the 2022/2023 financial year, gives SBM International the financial means to pursue its development strategy, while retaining a significant stake in a global entertainment leader operating in attractive market segments with high growth potential,” it added.