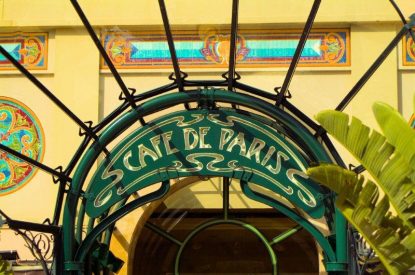 Workers of SBM’s casinos are on strike following the company’s decision to open the Café de Paris’ slot machine rooms to the public 24/7. Due to the drop in available staff, the company has been forced to close slot machine rooms in other businesses, however, the Cafe has remained open despite absent staff.

“As the only establishment permanently open on the Riviera, the Casino hopes to attract visitors from San Remo to Cannes, said president Jean-Luc Biamonti, adding, “we want to bring some life back to the Casino, it was looking a bit like a museum!”

However, the decision has caused trouble amongst SBM’s staff. 75 per cent of employees refused to work on the opening night celebration marking the shift to 24/7 operations. 50 staff are needed every day to monitor the 557 machine in the Café de Paris. With such a high proportion refusing to work, the company has been forced to temporarily put the Grand Casino and Casino Bay’s slot machines out of action rather than give up 24 hour service at the Café de Paris.

The company has already reassured that staff will not be forced to work beyond legal limits. For their part, the staff have said that they don’t object to the 24 hour opening, they just want the company to hire extra staff to cover the new hours.