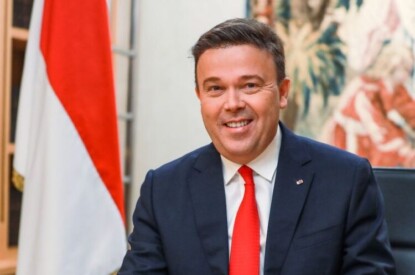 Société des Bains de Mer has announced that Stéphane Valeri will be its new Chairman and Deputy Chairman, replacing Jean-Luc Biamonti who is retiring.

Mr Valeri became a Director of SBM by cooption of the Board of Directors on September 23, 2022. His promotion was confirmed by a vote of the shareholders during an Ordinary General Meeting held on December 2, 2022.

Mr Valeri said: “I take up my new duties with pride, within this great company to which my family and I myself have been very attached for several generations. Thanks to the work of my predecessor, Mr Jean-Luc Biamonti, to whom I would like to pay tribute, the Société des Bains de Mer finds itself today in a very good economic and financial situation. I thank the Council of Administration for its confidence. I measure the magnitude of the task ahead of me and I commit from now on to continue to prosper and shine the economic flagship of the Principality.”

The hotel sector confirms the positive trend observed in the first half of the current financial year. It recorded a 15 per cent increase in revenue in the third quarter, which stood at €50.3m compared to €43.7m in 2021/2022. As a reminder, revenue from October to December 2021 was impacted by the Covid-19 epidemic, with the arrival of the fifth epidemic wave during the holiday season. Revenue for the quarter was also 10 per cent higher than in the same period of fiscal year 2019/2020.