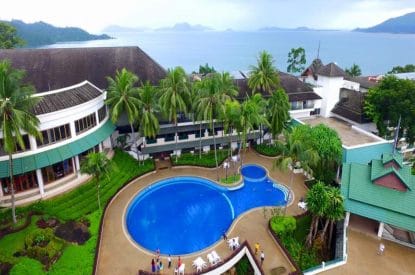 Several ministries in Myanmar are hoping to overturn the 1986 Gambling Law that bans the operation of casinos in the country.

The ministries of Hotel and Tourism, Planning and Finance, and Home Affairs believe legalising casinos will boost tourism and generate extra revenue.

Union Minister Ohn Maung for Hotels and Tourism said that foreigner-only casinos could soon be introduced at island resorts.

He said: “Although casinos are banned under the current gambling law, the concerned ministry has no objection against them. After the law is revised, they will be allowed.”

MP Aung Hlaing Win for Mingaladon Constituency, said: “It’s aimed to generate income for foreign tourists. There are very good businesses in Macao and Singapore. Our country has large sum of foreign debt that we need to pay back. We need to find solutions to make money for the debt. Casinos could be a major source of income.”

The Grand Andaman Resort, pictured, located on Thahtay island in Kawthaung township, is one of the two casino pilot projects that the military government allowed back in 1992 as a pilot scheme.

U Myo Win Than, Executive Director of Grand Andaman Resort was quoted in The Myanmar Times as saying: “The government will legalise casinos as soon as possible after passing the new law in the national interest. Now they are preparing the draft. Casinos have the potential to be legalised under the current government, after passing through three previous military governments. Casino can improve government tax collection.”

The Grand Andaman Resort has been given a 50-year licence to operate a casino and has said it will invest US$12.14m into renovating and restoring the resort.

U Aung Myo Min Din, chairman of the Myanmar Hotelier Association, said the government loses millions in taxes from the operation of these illegal casinos.

“So the ministries of Hotel and Tourism and Home Affairs are trying to legalise the operation of casinos,” he said.
Based on a directive by the Myanmar Investment Commission, only foreigners can go to casinos under the management of the Ministry of Hotel and Tourism in restricted areas.

The chief ministers of Mandalay, Tanintharyi, Shan, Kayin and Mon states also discussed allowing casinos to operate in hotels, during a meeting with Henry Van Thio, chair of the central committee for the development of the National Tourism Industry.